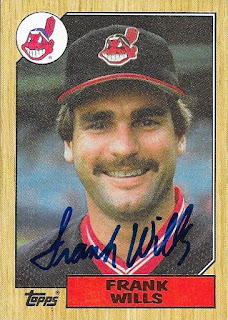 When I was buying my Tom Waddell auto, I also saw this Frank Wills auto.  I knew he had passed, as well, so I went ahead and picked it up.  I got a good deal on it, and can cross it off of my list.

Wills was found dead in his apartment in Louisiana.  No cause of death was given, but according to the newspaper report about his death, he had complained a week earlier about not feeling well.  He reported pain in his arm and having a fever.
Posted by William Regenthal at 9:49 PM