Lots of Mail From Drew 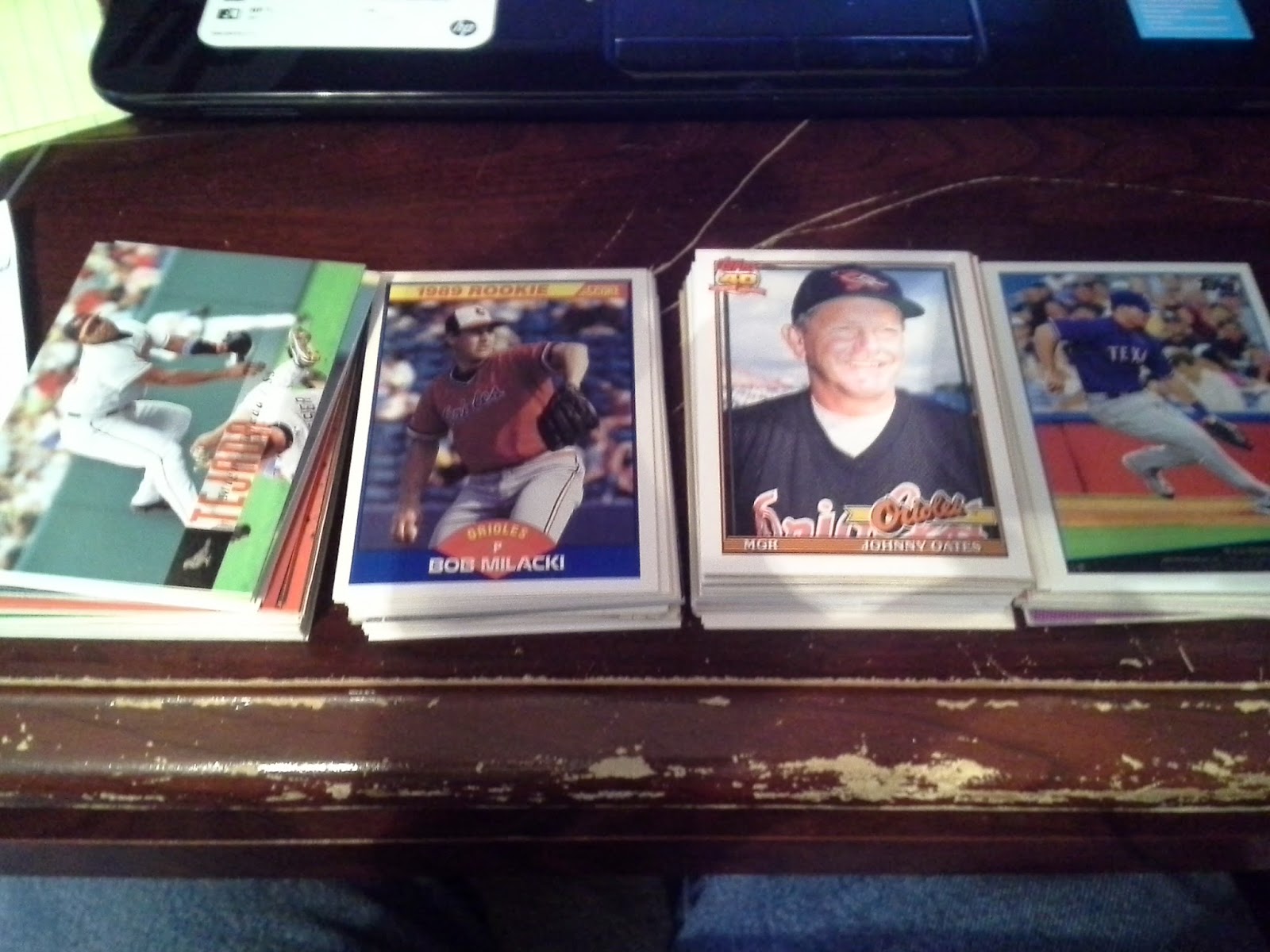 I got a huge package in the mail from my very good friend and long-time trading partner, Drew, the other day.  The package consisted of the stacks of cards that can be seen above.  Most of it was just Drew clearing out space on his card desk, but there were quite a few hidden gems inside as well. 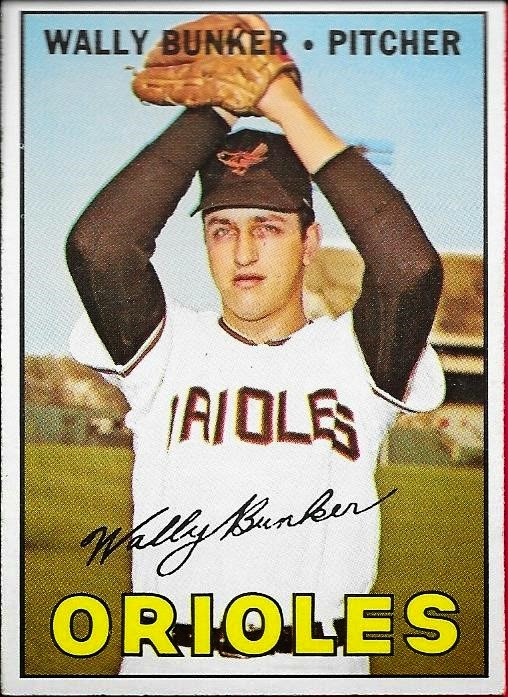 First up is this 1967 Wally Bunker.  I'm warming up to '67.  I used to think it was boring (and it still kinda is) but it is a good, almost iconic set.  Stripped down, raw, and simplistic, the set does have its merits.  Add in the fact that I own the Mantle, I think I could grown to like it even more as other Hall of Famers out of this set join my collection Here is a Chris Davis card that Drew included.  I'm pretty sure I didn't already have it, but I need to consult my Davis PC and see.  I know I had it in my set (duh) but I really don't remember buying it when I went on my COMC bender a while back.

I really like this 1961 Orioles team card.  Drew has been working on the 1961 Topps set for some time now. I really hope he finishes it because it is a good one and he is well on his way! Look at this young buck, er I mean young Buck.  A 2005 Topps gold parallel Buck Showalter.  I actually do have a Showalter PC.  He has quickly grown into my favorite Orioles manager, since I don't remember the days of Earl Weaver. 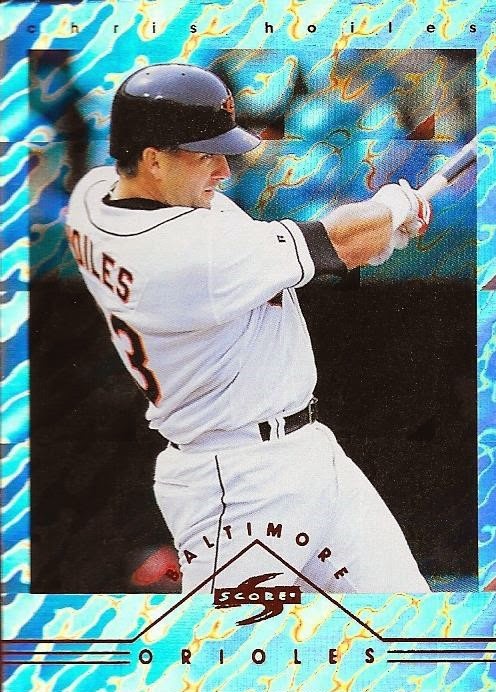 Finally, I just thought this Score Chris Hoiles card was awesome.  I'm especially please about how it scanned.  I mean, look at it, it looks amazing!  The card really looks like it could have come out this year.

So, thanks for all of the cards, Drew!  You know you'll have some stuff coming from me shortly!
Posted by William Regenthal at 11:23 PM