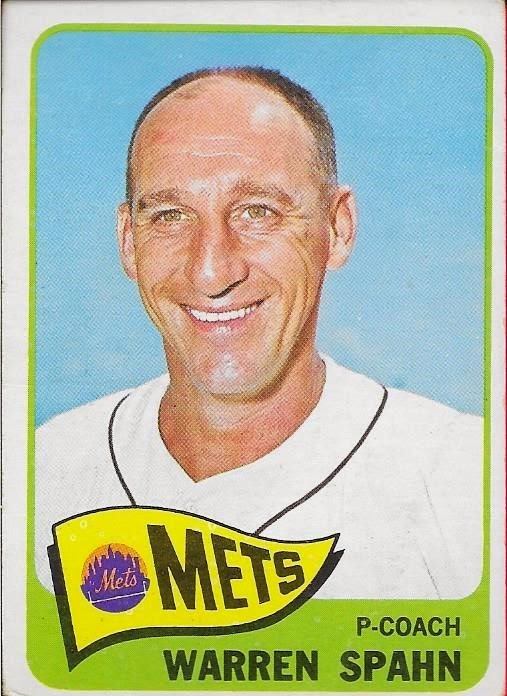 I picked up a nice card off of COMC recently and it also fits into my Hall of Famers in strange uniforms theme.  Here is a Warren Spahn card featuring the longtime Brave as a Met.  Spahn would finish his career in '65 with the Mets and Giants, going 7-16 with a 4.01 ERA on the season.  In July of the 1965 season, Spahn would be released by the Mets and sign with the Giants.  He joined the Giants as they were gearing up for a pennant run, ultimately finishing second to the Dodgers.

Amazingly, Spahn was on that '65 Giants team with 5 other future Hall of Famers in Juan Marichal, Gaylord Perry, Orlando Cepeda, Willie McCovey and Willie Mays.

I really like this card as 1965 Topps is a great design.  Spahn looks out of place without a hat and very out of place out of a Braves uniform.
Posted by William Regenthal at 10:29 PM