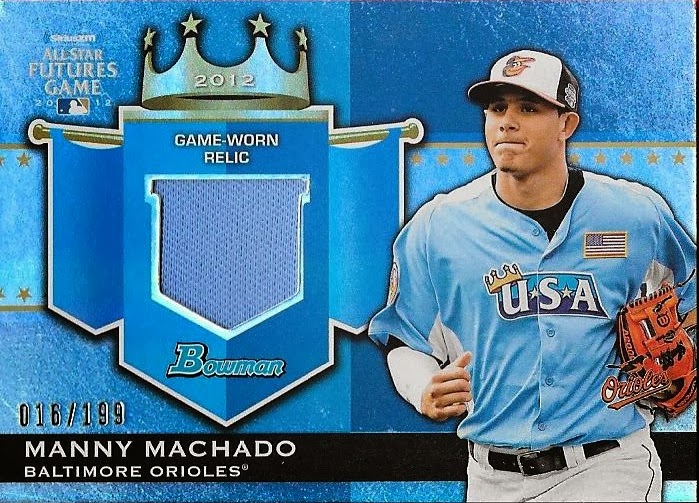 The trades are pouring in (at the moment) and today I am happy to show off a trade that I completed (or purchase, rather) with a fellow named Jack.  Jack posted the above Manny Machado 2012 Topps Futures Game relic and I was immediately tagged by him because he had already seen that I was an Orioles fan.  I messaged him right away and  we had a deal worked out in minutes. 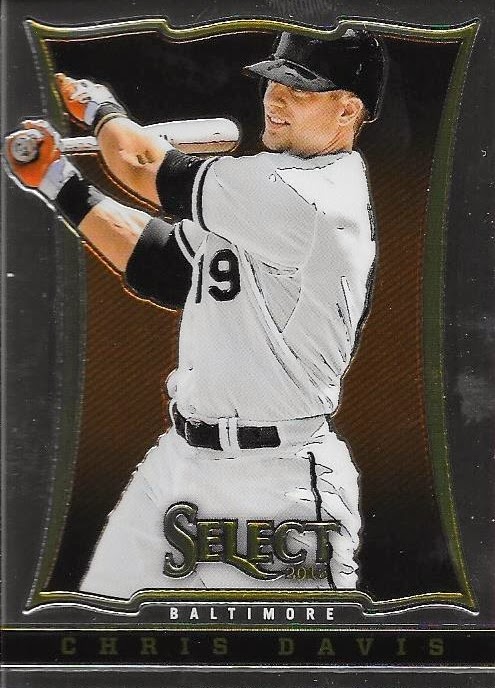 Little did I know, Jack put in some extras for me as well to sweeten the deal.  He gave me the above 2013 Select Chris Davis (which I didn't have) as well as a Select Jones and a few other Orioles.  His speed and generosity weren't lost on me, so I made sure to message him after I got my package and insure that I was going to be trading with him again in the future.
Posted by William Regenthal at 8:49 PM