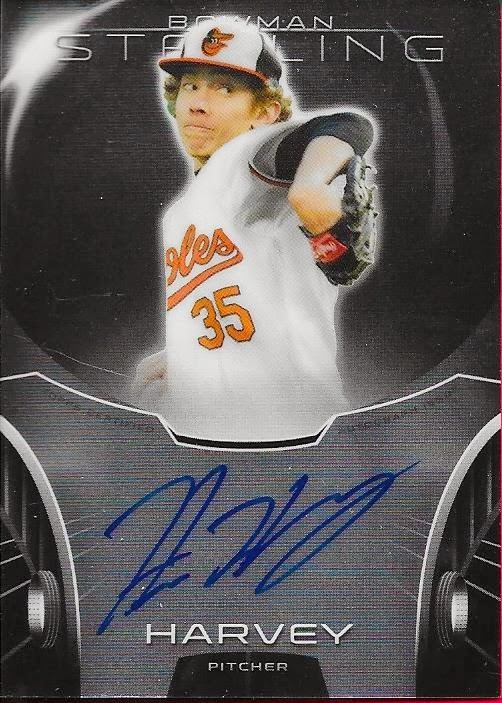 For a whopping price of $4.25, I was able to pick up this 2013 Bowman Sterling Hunter Harvey autograph off of COMC.  Not bad, if you ask me.  Harvey will likely start the season at Single A Frederick this year, so it is a possibility that I will be able to see him play.  I definitely hope to catch plenty of MiLB games this year, like most years.

The Orioles farm system is much better than it has been in recent memory, so any of their minor league games should be entertaining.  Harvey has a long road to the majors, but the O's can now take their time with him since they signed Ubaldo Jimenez to a long term deal and they have Gausman and Bundy waiting in the wings.  I hope they don't rush Harvey at all, because we all know what happened to Arrieta, Britton, Loewen and others who were rushed.
Posted by William Regenthal at 8:50 PM