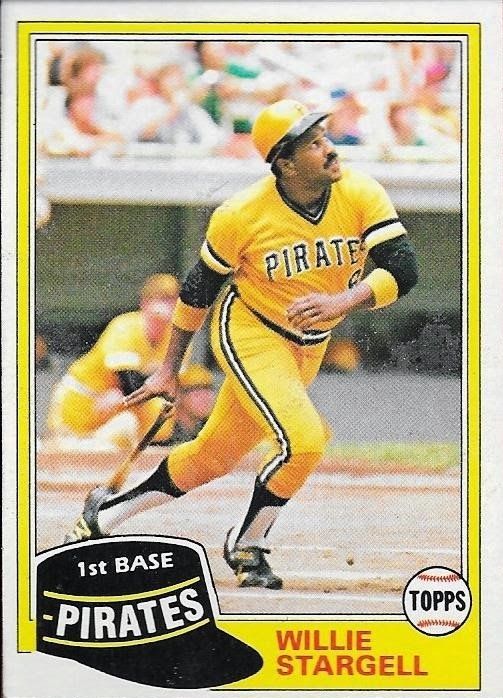 Coming from one of the most underrated sets in Topps history (at least in my opinion) is this awesome 1981 Topps Willie Stargell card.  I got it off of COMC really cheaply and I just love it for all of the colorfulness that is shown on the card.  I have toyed with the idea of starting a Stargell PC, even though he was responsible for the Pirates beating the Orioles in the 1979 World Series.  I wasn't alive then, so it doesn't really matter to me.

The card is just amazing.  It captures Stargell seemingly hitting a home run, judging by the upward glance on his face.  It has the old school loud uniforms of the 70s.  Look at the high socks and stirrups.  What a card.  I kind of hate that I bought the 1981 set whole in an album.  It really is an underrated set and one that I'm sure would have been a blast to build.  I might look into actually putting one together at some point, maybe if I can find a decent enough starter set.  Who know.  All I know is, I kind of want to pull out that album and see if there are more gems in the set that are like this one.
Posted by William Regenthal at 4:52 PM