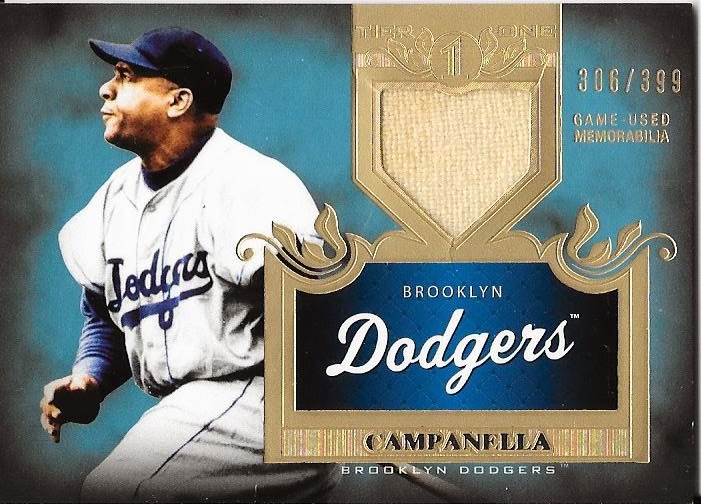 I've made a couple (what I would call) friends on Instagram.  The one I talk to the most is a guy named Kyle who lives in Delaware.  He's a huge Phillies fan, so I sent him a good deal of Roy Halladay and other assorted Phillies goodies recently.  He mentioned that he had this 2011 Topps Tier One Campanella relic and he needed some quick cash for a purchase, so I bought it off of him.

The card has a little damage to it, likely resulting from Topps placement of the relic piece, but it is hardly noticeable.  Looking at the piece of jersey, it looks like there may be a faint hint of dirt on it.  It could just be my eyes, though.

Thanks for the trade, Kyle.  I hope you like your Phillies cards.  I'm sure there are more where those came from!
Posted by William Regenthal at 5:33 PM