Some Random Cards From Mom I got a package in the mail from my mom last week.  Actually, it was a huge box.  In it were several pairs of pants for Chris, several books for him to read and a little hunk of cardboard taped together that said "One Orioles Card Inside."  So, I opened it up and found the above Jim Palmer 1992 Corn Flakes card.  It is actually a Sportflics card.  I remember when Sportflics were brought back in the mid 90s, I think it was 1995, and everyone was thinking "Oh Cool."  Then, after a while, we remembered how badly the cards curved if they got hot and they became a passing thing for a second time.  Oh well.  Anyway, I really like this Palmer and I didn't yet have it in my Palmer PC, so I'm going to put it in a top loader really quick so it doesn't curve and there you go. 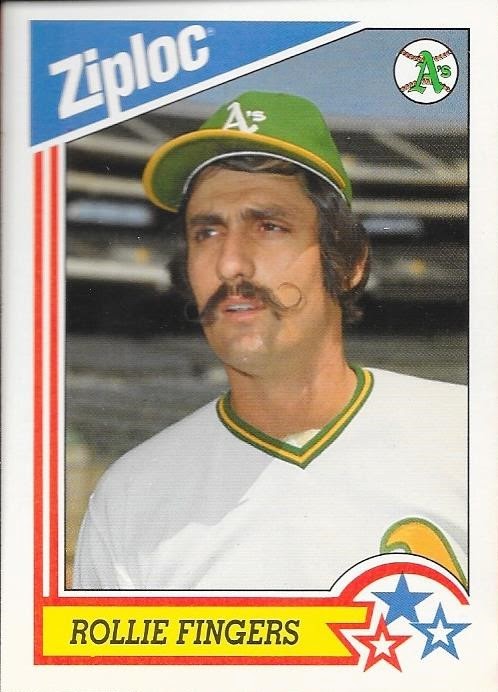 Also included was this Ziploc Rollie Fingers featuring probably the greatest mustache of all time.  You can never go wrong with a Rollie Fingers card.

Thanks for the cards, Mom!
Posted by William Regenthal at 9:41 PM