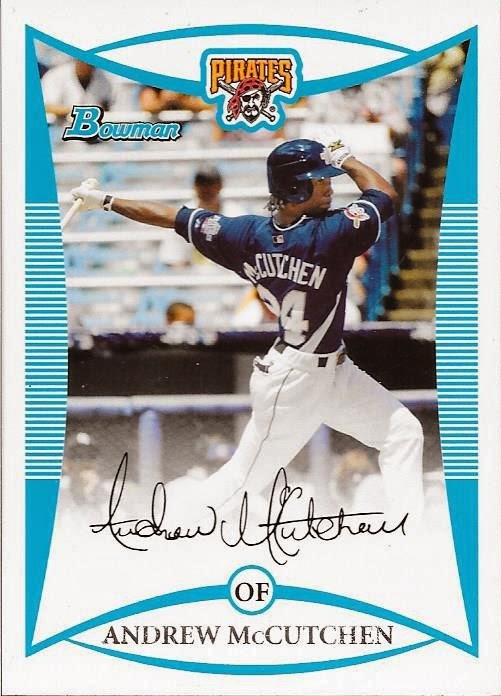 This is the last Instagram post for now, at least of stuff that I have gotten in recently.  I do have one more trade pending, which I think will be in sometime next week.  That being said, I completed a trade with a Dodgers fan names Javier in exchange for several rookie cards, three of which I kept (one obviously isn't a RC) and two I will flip on to friends.

I'm sure I probably owned the above 2008 Bowman Andrew McCutchen at some point, but I didn't make him a PC until a couple years ago.  The card doesn't sell for much, but it is still a RC, and I'll take it. 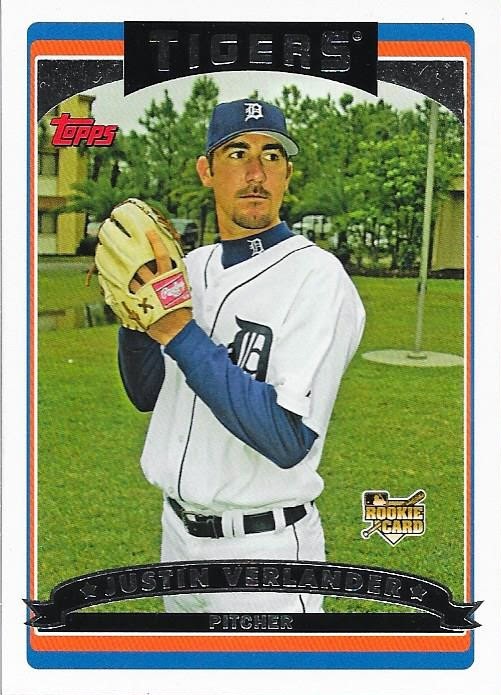 This Justin Verlander is one that I know I have, but it is part of my complete set.  So, I figured since Javier was offering it, it wouldn't be a bad idea to go ahead and pick up another and stash it with my RCs.  I also don't feel like I have shown enough 2006 Topps on here.  I remember the set being the first to come out after I jumped back into cards (2005 Topps was already out, of course) and I was just as excited when it was released and I saw it for the first time as I was when 1991 Topps came out. The feeling I got as a kid when the new set of cards came out is unrivaled, I think.  It kind of sucks now that we get the next year's design so early now.  I miss the days when you didn't know until you opened that first pack, and that's how it was for me when 2006 came out.  I do still have an empty box for 2006. 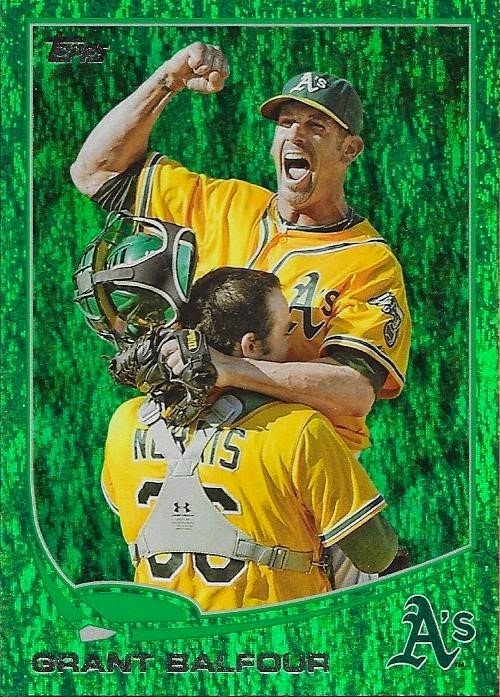 Finally, Javier had one 2013 Topps emerald parallel I needed for my set.  Yes, I'm still working on it.  I hope to have this set completed sometime soon, but it definitely has slowed down.  If anyone has Series 1 or 2 emerald parallels, please consult my wishlist and help me out!

Thanks for the trade, Javier.  I really appreciate it!
Posted by William Regenthal at 7:20 PM