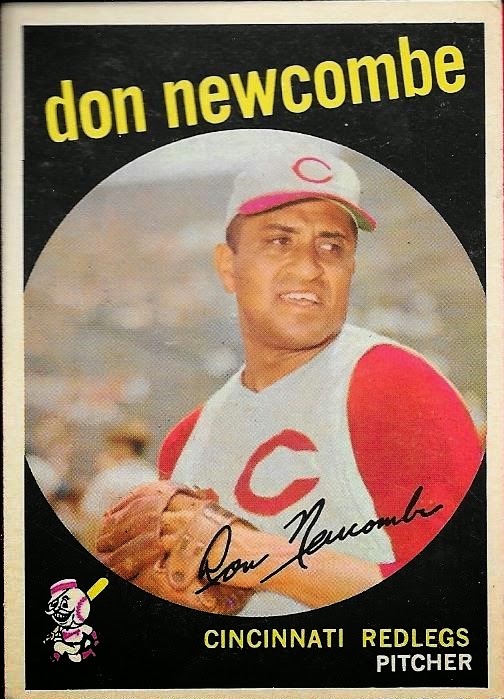 I picked up another set need with my recent COMC purchase, this time landing a Don Newcombe card out of 1959 Topps.

Newcombe is a personal favorite of mine, especially when he is brought onto XM Radio to talk about those old Dodgers teams that he played on with Jackie Robinson and Roy Campanella.

Something cool about the card, which I may have pointed out on some other 1950s cards, is the reference to the Cincinnati Redlegs.  This card came out during the McCarthy Era of US History when the Red Scare was at its height.  So as to not be associated with the Communists, the Reds team would be referred to as the Redlegs during this era.  I'm not going to delve into politics at all, but I do find it interesting to see this part of American History manifested on a baseball card.
Posted by William Regenthal at 5:40 PM