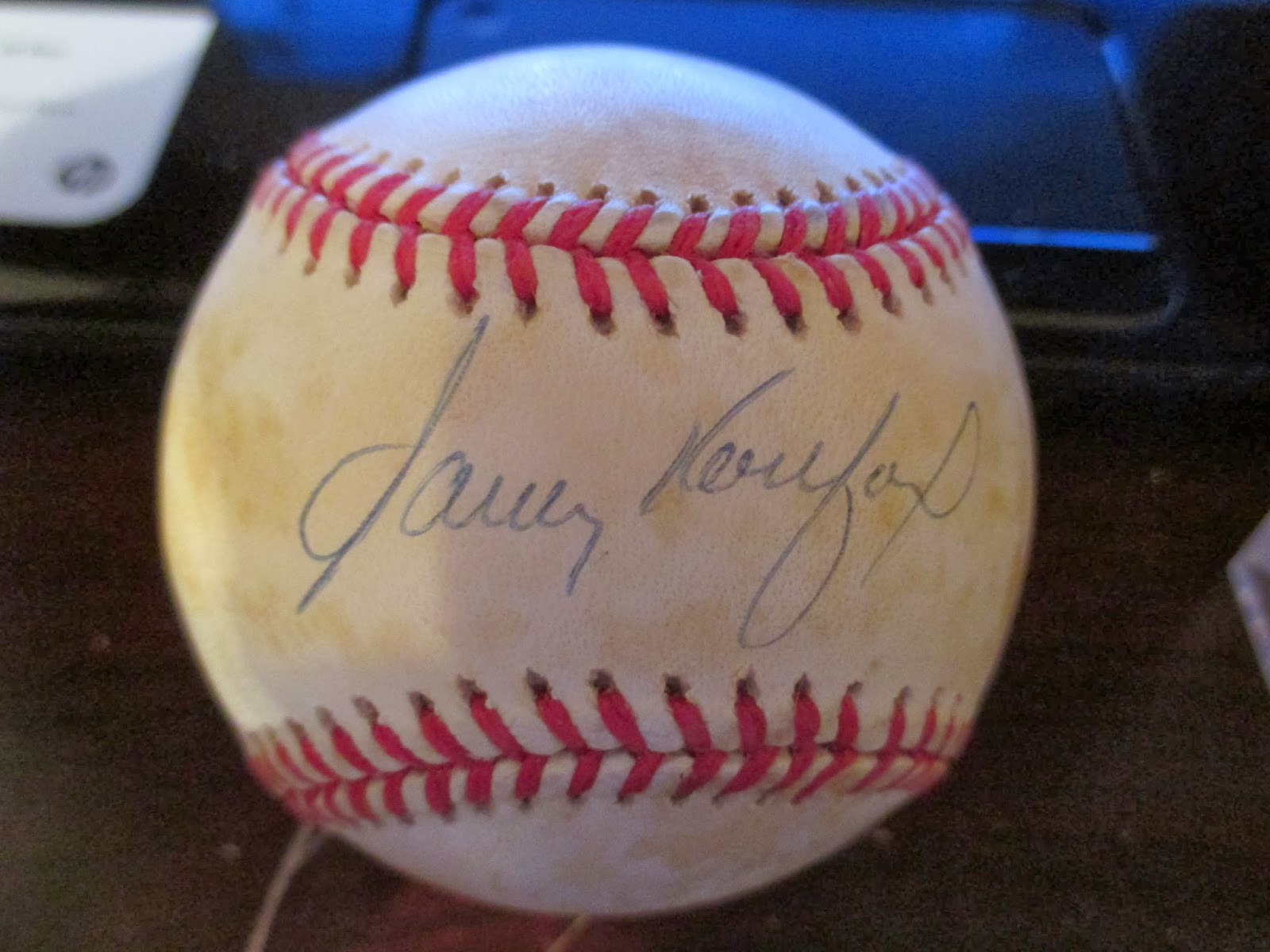 Well, as you may be able to tell, I now have Hall of Fame signed baseball #99 in my possession as the above ball signed by Sandy Koufax.  What does that mean?  Well, if Koufax is #99 and not #100, then #100 must be epic, right?  You are correct.  I got both in one purchase a couple weeks ago, and they finally have arrived.  I'll spend tonight talking about Koufax and will follow up tomorrow on the #100 ball.

I got the balls from Conrad, the proprietor of Chic Antiques in Columbia, SC.  I've supported his store for some time now, especially since I learned that he was close friends with someone I was close friends with.  It's a small world (after all).  So, when I emailed Conrad to see if he could help me with my project, he came back with several options for #100.  A couple guys I had, so he had it narrowed it down to two.  I decided that since he gave me such a good price on each, I would go ahead and buy them both, hence the dual purchase.  Not bad, plus I bought "local", even though Columbia isn't exactly local to me, I bought them from a small business, local to my brother.  Close enough.  Anyway, I'm really glad to have helped Conrad out as he definitely helped me out.  If you are ever in Columbia, please check out Conrad's shop, located on Huger St.  Tell him I sent you!

He won the World Series with the Dodgers in 1959, 1963 and 1965 and was on the 1955 team that won it all as well, but he didn't pitch in the post season.  His career post season record was 4-3 with a 0.95 ERA and 61 strikeouts.  Interestlingly enough, his final game pitched was in the 1966 World Series, a loss in Game 2 against a 19-year old rookie and an upstart team.  The rookie?  Jim Palmer and the team was the Orioles.  The O's would go on to sweep the heavily favored Dodgers in 4 games and Koufax would retire after the Series.

Koufax is my 99th Hall of Fame signed baseball in my collection.  I now have Koufax's rookie card (1955 Topps); his final regular Topps issue (1966 Topps) and a signed baseball).  Stay tuned to see who made the cut as #100.
Posted by William Regenthal at 9:25 PM