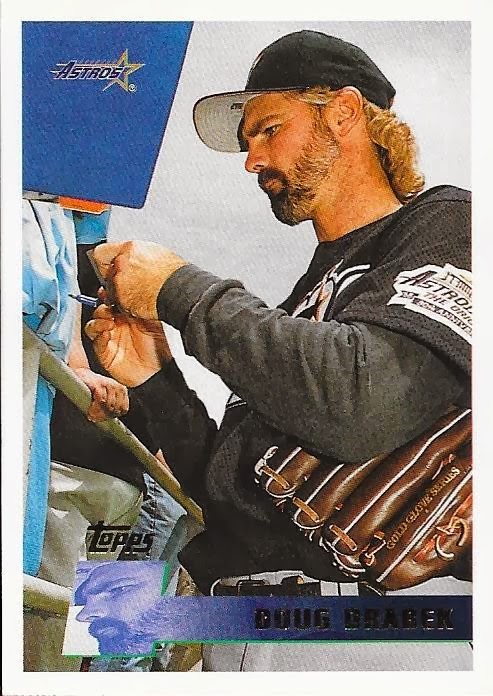 I got an email recently from a blog reader named Howard saying that he had 32 of the 1996 Topps cards that I needed for my set.  A few days later, the cards appeared in my mailbox.  I hadn't been pursuing the mid 90s sets too hard, but I went ahead and put the needs lists for 1993 and 1996 on here in case someone had them lying around.  Luckily, Howard was looking and saw the 96 list.  I'll probably wrap this set up pretty soon with a Sportlots purchase, but at the moment, I haven't made an attempt.  I'm thinking I'll get this and 1993 done very soon and maybe I'll remember to add my 1994 needs as well, since I already have that set in my notebook.

As for the cards he sent, I chose this 1996 Doug Drabek to show off because I kind of forgot about Drabek, to be honest.  I remember him as an early 90s ace, but I completely forgot he was in this set, and even worse, I forgot he pitched for the Orioles in 1998 (his last season in the majors).

Thanks for the cards, Howard!  I really appreciate you stepping up to help me on my way to finishing this set.
Posted by William Regenthal at 5:28 PM