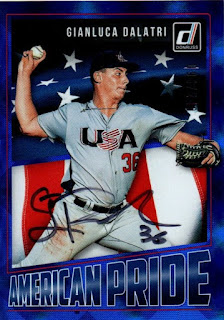 Here are a couple cards that I found while going through some of the former LCS boxes and one of my own boxes.  The above 2018 Donruss American Pride card of Gianluca (Luca) Dalatri was in one of the boxes I picked up when my former LCS closed.  I found it recently and checked to see if Dalatri signed TTM.  He did, so I was about to send the card off, until I went through my own stuff and found the below 2018 Stars and Stripes card. 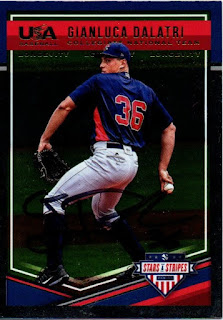 I mailed to Dalatri on October 19 and got the cards back on October 26, for a 7-day TAT.

Posted by William Regenthal at 8:20 PM