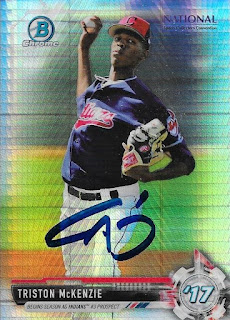 It has been a long Wood Ducks season, but as the calendar winds down, I have experienced the last home series of the 2017 Wood Ducks season.  This series was the only time that the Lynchburg Hillcats would visit Kinston, and I did my best to maximize my efforts while graphing.  I think by the end of the series, some of the players were tired of seeing us, but we were pleasant and friendly with them, nonetheless.

I took 50/50s from my friend, Gerard, and also picked up some cards to send out to my friend, Parker and his brother, since they are big Indians fans.  I had 4 of the above 2017 National Exclusive Bowman Chrome Triston McKenzie, and got them all done.  Parker, Hayden, my son Chris and I all will take one. 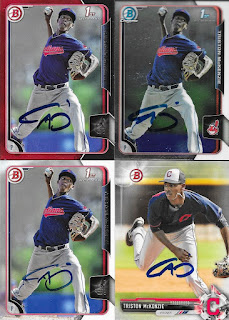 McKenzie was one of the nicest non-Wood Ducks that we met this season.  He graciously signed everything we had.  I talked with him each time he signed across the three days.  He pitched the first game of the series, and did really well.  The kid has a ton of talent, and I will enjoy seeing him progress through his career.  The purple Asia exclusive parallel isn't numbered. 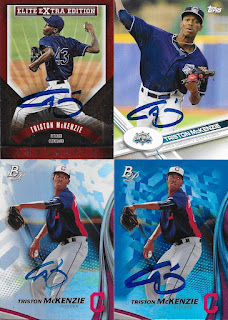 I had a lot of different stuff of McKenzie. I really hope he of all people wasn't annoyed with us.  I knew we wouldn't see him again, as I have a feeling that he will rise very quickly through the Cleveland system. 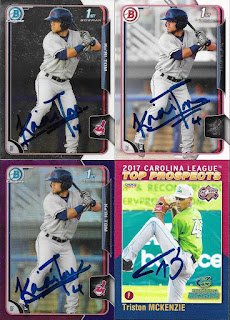 Ka'Ai Tom was also really nice.  He helped me with the pronunciation of his name (pronounced Kuh-eye) and explained that the apostrophe in Hawaiian acts as a pause.  He was really cool, and I appreciated him signing for us and helping with my butchering of his name.  The purple Bowman Chrome refractor is numbered 147/250. 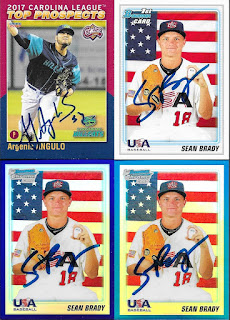 Between McKenzie and Argenis Angulo, I got two more cards signed from my 2017 Carolina League Top Prospects set.  I also added another 2010 Bowman USA card in that of Sean Brady.  He is almost unrecognizable with a full beard now.  Of course, he was 16 in this photo and that was a while ago.  The purple parallel (left) is not numbered and the blue (right) is numbered 67/199. 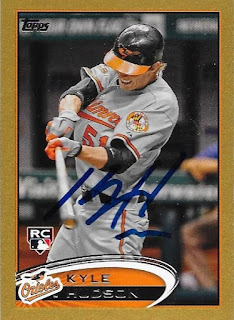 I got to say "Go O's" a few times to former Oriole, Kyle Hudson.  He also chatted with Chris and I about playing for Buck Showalter, and alongside Nolan Reimold.  Of course, he had great things to say about both guys.  This Hudson 2012 Topps Mini gold parallel is numbered 21/61. 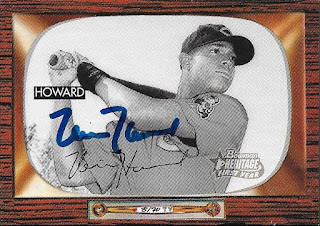 I had picked up a few cards for this series off of COMC.  One of which was this Bowman Heritage card of Kevin Howard.  I really like how this card turned out. 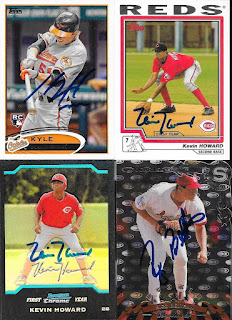 I added a 2012 Topps from Hudson to my Topps Autograph Project.  The 2004 Howard is actually a Topps Rookies and Traded, so it won't count toward the 2004 base set.  The 2004 Bowman is actually a refractor, but the scan didn't pick it up. 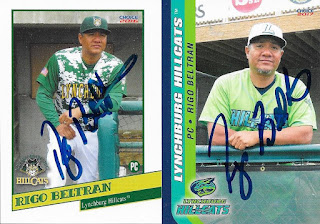 Rigo Beltran was a really cool signer.  I had to walk across the stadium to the visiting bullpen to get him, but when I got there, I ended up chatting with him for about 15 minutes.  We talked about McKenzie's talent and then about former Frederick Key, Austin Hays, who is tearing it up in AA Bowie now.  Hearing Beltran's analysis of Hays was really cool, and I could talk to the guy about baseball all day long if I could.  I really hope to run into him again, as he was such a nice guy. 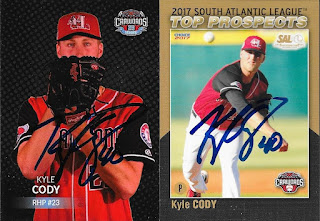 I did have a few Wood Ducks left over.  I almost missed recent call-up, Kyle Cody.  I had him in my 2017 Hickory set and also my 2017 South Atlantic League set.  He has been really good so far for the Wood Ducks and I don't think he will be in this league for long.  I imagine he will start next year for AA Frisco. 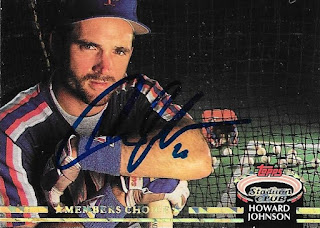 I finished up all of the 50/50s I had of Howard Johnson for my friend, Gerard.  I also knocked out a bunch of the ones I had remaining in my snap case.  I really appreciate how Howard has stopped and signed for us this season. 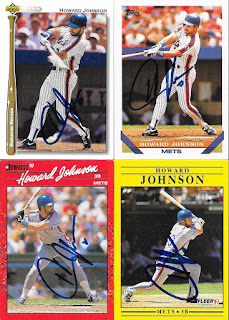 Johnson was a star when I first started watching baseball, so to have some conversations with him this season, and to get his autograph several times has really been awesome.  I plan on cutting back on getting him next season, as I really don't think there are any cards left of his that I don't have in my album. 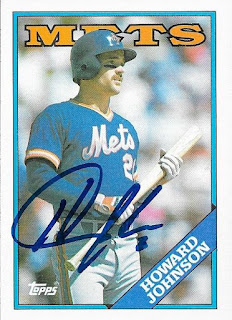 I might possibly go to the Buies Creek game against the Wood Ducks next Saturday and graph one final time this season.  I am leaning heavily toward it, especially since Brett Martin is starting.

If I don't go, however, I will end today's graphing having had a grea time this season.  I enjoyed doing the 50/50s for my friends and helping others work on auto sets.  By my math, between the Orioles-Tides exhibition game to today's final home game, I have gotten at least 894 baseball cards signed.  I added up all of the numbers and was amazed by how many I had gotten done.  I, of course, had a lot of help and need to thank my wife, my son, my nephew, my brother Andy, Nikolas, Logan, Angela, Andrew, Max and Gavynn for helping me out this season.
Posted by William Regenthal at 10:13 PM