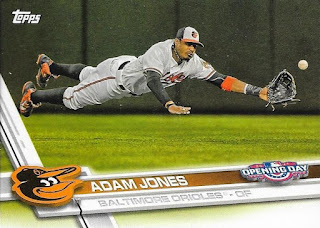 It's not often when someone messages me out of the blue saying "I think you're a good guy and I'd like to be friends", but that is essentially how the first conversation between my friend Brayden and I went.  He had messaged something to that effect to me, then we went on to make a deal later for an Adrian Beltre signed baseball.

Since then, I have talked to Brayden daily.  He's a huge Yoan Moncada fan.  Not only because Moncada is a great prospect and all, but because they have an actual friendship.  I think that is pretty cool.  Brayden lives in Texas, and his home MiLB team is the Frisco RoughRiders, so he is able to catch some Wood Ducks that have been promoted out of High A.

Brayden took care of a few 50/50s for me, and also included some nice Orioles cards and a couple other IP autos that he was able to get recently. 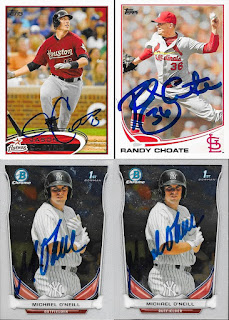 I had sent Brayden the last remaining Mike O'Neill card that I had, along with another that I had found in a dime box earlier this year at a show.  He took care of those for me, even though I was completely ok if he had kept them.  He also added the above Jason Castro and Randy Choate cards. 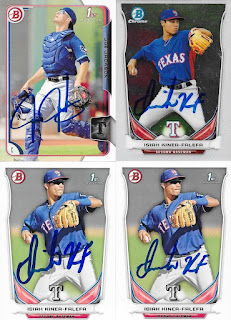 Brayden got a few Isiah Kiner-Falefa cards done for me, and added the 2015 Bowman Joe Jackson.  Jackson is cool because he is a distant nephew of Shoeless Joe Jackson. 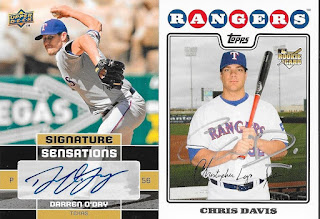 Finally, Brayden included this nice autograph of Darren O'Day and this rookie card of Chris Davis.  He didn't have to add the extras, but it was really cool of him to do so.  Brayden is a great guy, and I am really happy that he saw to it to message me that day.

Thank you Brayden!
Posted by William Regenthal at 10:35 AM