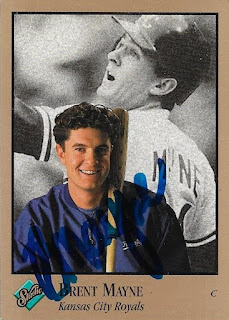 Here is a TTM success that took a while to come in.  I like the cards that I got back, even though I didn't get everything back that I had sent out.

I now have a couple signed 1992 Studio in my album.  Studio was always a nice product to open, and now they are really nice cards to get signed. 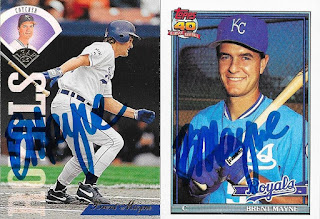 I also liked the 1995 Leaf set.  I opened a ton of it to try to get the Cal Ripken Statistical Standouts, and now I am able to get a few of the cards from that set signed and added to my album.  It's nice to get some of them out of my boxes and into my albums (and onto my blog).

I don't have a lot of bulk 1991 Topps for some odd reason.  I have come across several cheap boxes of it, but for whatever reason, the bulk stuff left over always disappears or ends up with someone else.  I think the last box I busted was during pack wars with Andrew, and I think his little brother ended up with a lot of the base.