Lots of Incoming Autographs For The Album 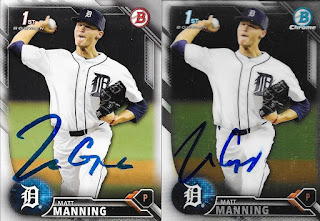 With the National, some Wood Ducks games, a concert and just being really busy, I have fallen behind on some 50/50s that I have gotten recently.

I'll start it off with these two Matt Manning 2016 Bowmans that I got back from my friend in Connecticut, Dylan.  He has offered to do 50/50s for me, but I have only been able to send him Manning cards.  Thankfully, he has been able to get those done.  I just need to sit down and try to find some of the other guys he has said he can see. 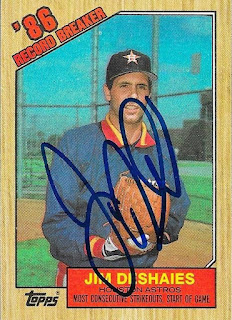 Max hooked me up with a nice stack of signed 1987 Topps cards while we were at the National.  He wanted to see me push my total of signed cards for that set up. 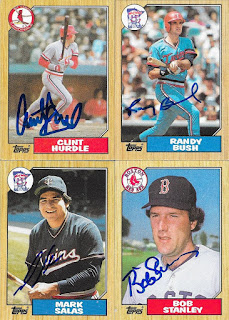 As of a TTM that came in yesterday, I have 70 signed cards from the 1987 set.  This is by far the most signed cards I have in any set.  I don't know if I will ever get all of them (likely not), but it is fun to push that total up. 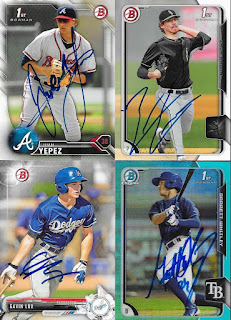 Andrew hooked me up with some 50/50s that he did for me after I left his place.  I really wanted to get the blue 2015 Bowman Chrome back (bottom right).  He still has a couple cards left that he might be able to finish up before the season is out, but even if he doesn't, he did really well this season. 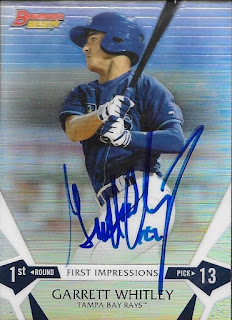 I was really happy to see that Andrew was able to get this one signed.  I had ordered it for my trip, but it came too late.  I'm glad to see that it is done and can take its place in my album. 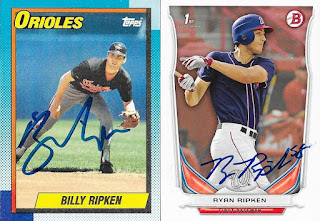 My friend, Jackson, got a ball (to be shown later) and this 1990 Topps card signed by Bill Ripken.  My friend, Michael, got this card and a ball (to be shown later) signed by Ryan Ripken (Cal's son).  I had completely forgotten that I asked Michael to get the card and ball signed, as I had also sent a ball out for TTM.  It hasn't come back yet, but I still expect it to. 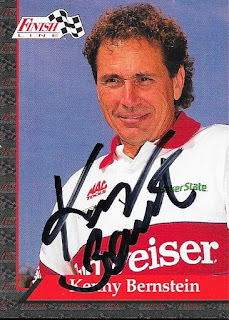 My good friend, Nate, hooked me up with a TTM return that he got back from drag racing legend, Kenny Bernstein.  I have met Bernstein in person a few times, but that was way back before I was getting any kinds of cards signed.  I do have a signed t-shirt somewhere. 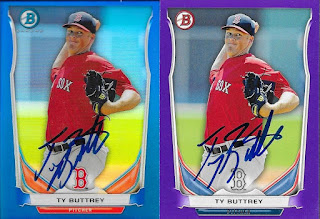 My friend, Gerard, always hooks me up with awesome 50/50s.  I had sent him a bunch of Pawtucket Red Sox and Portland Sea Dogs cards, and he got a bunch taken care of. 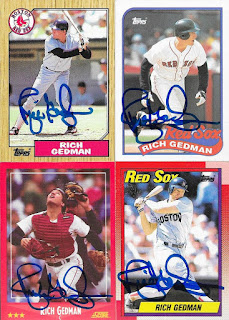 I ended up with some extra of the coaches, so I will probably do a giveaway or something. 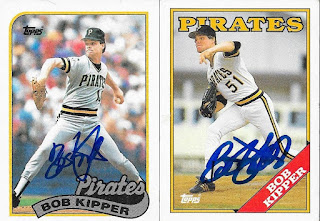 I'm just glad to be able to get a lot of these cards out of my boxes and out to people to get signed. 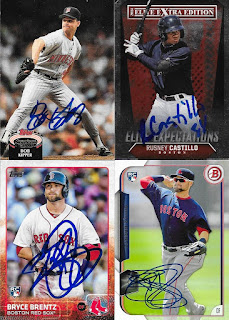 Gerard always does a great job in getting my stuff signed.  I feel bad that I missed two of the Wilmington Blue Rocks games this past weekend, or I would have been able to finish everything he sent me for that series.  It is also looking like I won't be able to catch the Buies Creek series this next weekend as well. 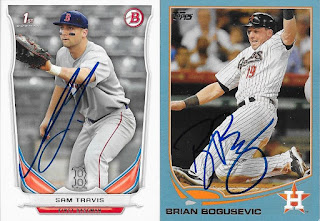 A lot of stuff is going on lately, and the minor league season is winding down.  I have really enjoyed getting all of the autos and doing 50/50s this seaon, though. 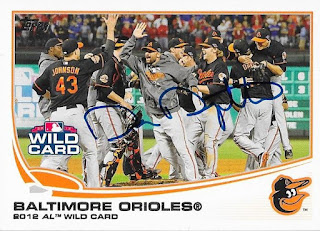 Finally, here is a card that I missed a few months ago when I posted about some autos that Max gave me.  This is a 2013 Topps Orioles team card that Max had gotten signed by Dan Duquette, the Orioles general manager.  I thought it was really cool, but didn't realize it was signed at first glance, so it ended up in my to be blogged pile and was kind of forgotten.

Thanks for all of the cards, guys!  I really appreciate all of the hard work this season!
Posted by William Regenthal at 10:50 AM