Graphing a Four-Game Series Between The Wood Ducks and Mudcats 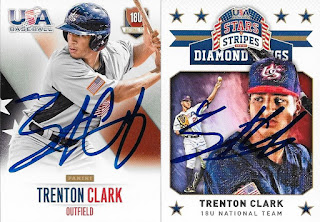 Four-game series are tough for graphing.  It has been tough just having the energy to get done what I need to get done, then get home and prepare for the next game.  I took on several 50/50s for this series between the Mudcats and Wood Ducks, then added on a few cards later on when I realized one of the roving instructors was a former major leaguer, and when I saw that the Wood Ducks finalls had the Carolina League Top Prospects sets in. 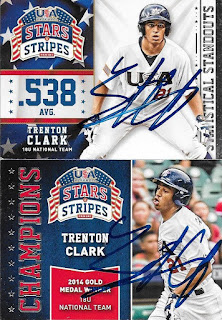 I went into the series with the hope that I could get everything that I had signed, but a few players were limiting autos, so it was difficult in getting everything done.  I did get some nice cards from Trent Clark, like the Team USA ones above. 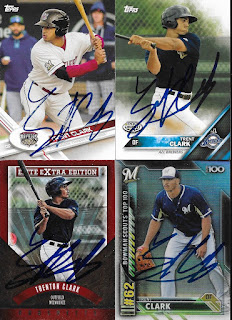 Clark apparently has begun to limit what he signs, so I had to be strategic in what I wanted to get, and when I tried to get it.  He was friendly enough, and stopped to talk with Chris and I every game. 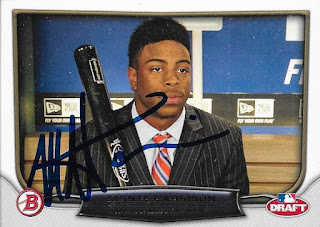 I knew going into the series that Monte Harrison would be a tough sign, and he was.  He would only sign one card per person, so by the third game, I was only putting one card in my book that I absolutely wanted. 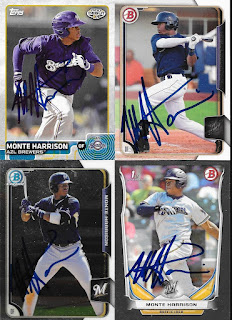 Luckily, I pretty much covered all of the 50/50 commitments that I made.  I ended up with some nice ones, though, so I am happy. 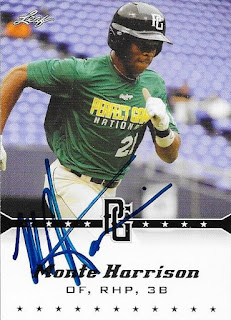 I was especially glad to be able to get this 2013 Perfect Game card signed, since I pulled it out of a pack. 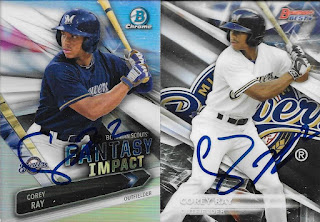 Corey Ray was really nice, as always.  I had some great cards of him, so I was happy when I completed everything of him by the third day.  I even took a card for a friend while I was there and got it signed as well. 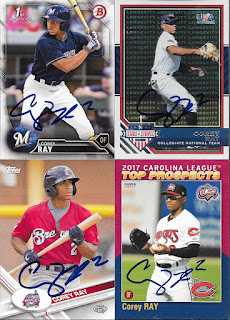 Ray was the only current Mudcat in the prospects set.  They are nice cards, so I was happy to be able to go ahead and get his out of the way and into my album. 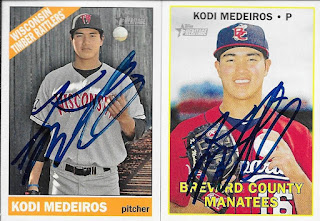 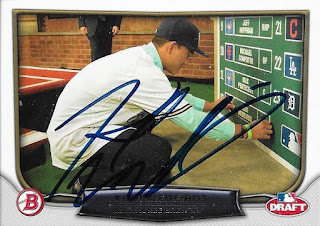 These draft board cards turned out really nice.  I ended up with a couple extra, so Chris was glad to get one.  He thought they were pretty cool, too. 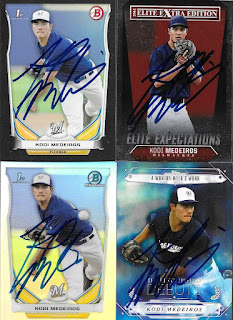 I had gotten Medeiros back earlier in the season, but I couldn't remember what I had gotten, so I just went with what was in my stack.  I think I did pretty well. 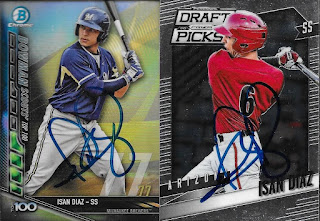 Isan DIaz was on the DL with a wrist injury, but still traveled with the team.  He was one of the few players who (along with Ray) signed everything on our pages. 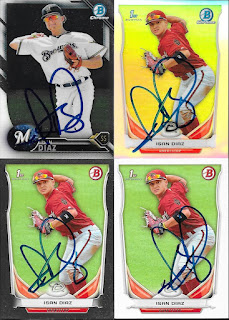 I had a lot of different stuff of Diaz, and I also was able to chat with him a bit while he was signing each game. 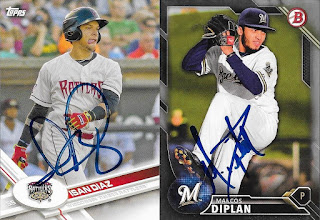 I found the black parallel Bowman of Marcos Diplan at the card shop right before the series started.  I thought I had more of his cards, but that was it, with the exception of the Mudcats team set I had picked up on July 4th. 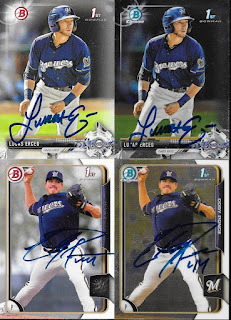 Both Lucas Erceg and Cody Ponce were really nice.  They stopped and talked to us each game, whether we had anything for them to sign or not. 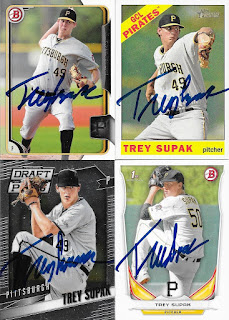 Trey Supak was really quiet, but friendly.  He signed everything we had on our pages, and the cards turned out really nice.  I was also glad that the Heritage Minors got signed, since I pulled it from a pack the Sunday before the series started. 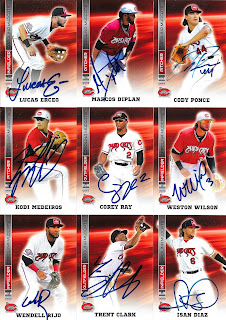 Speaking of my Mudcats team set, I knocked out a ton of the cards during this series. 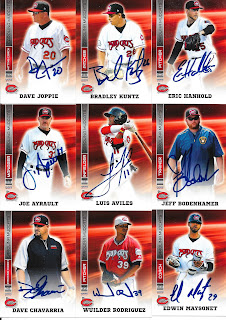 Chris also got the same ones from his set signed.  We even were able to get most of the trainers and coaches, which can be tough. 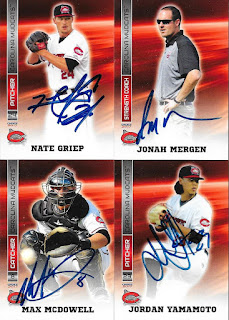 The cards are super glossy, but they all turned out really well. 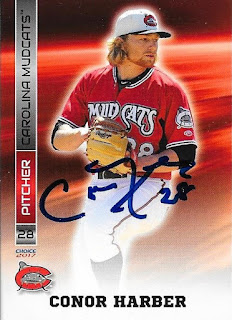 I think I got my money's worth out of the set. 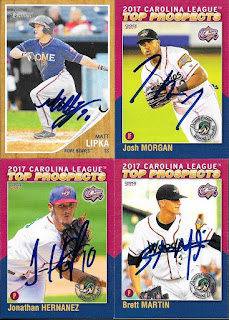 Speaking of sets, I got my first Wood Ducks cards!  These are the only three in existence right now, since Brett Martin, Josh Morgan and Jonathan Hernandez are the only ones listed in the 2017 Carolina League Top Prospects set.  I think I was at the game where Hernandez is pitching.  I wish the Wood Ducks would have came out with sets this year, but for some dumb reason, they aren't. 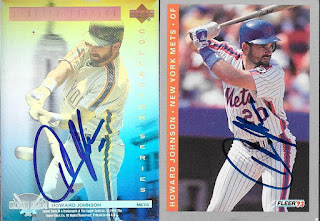 I missed out on HoJo quite a bit during this series, but finally got him the last two games.  I have most of his cards signed now, so it is all really just taking care of 50/50s for him. 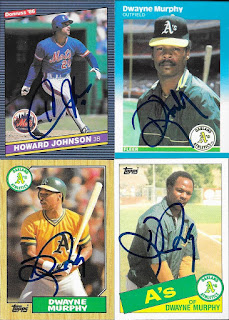 Finally, I learned that Dwaye Murphy is a roving instructor for the Rangers, and he was with the team this week.  Chris and I were able to get him on three cards, including a 1987 Topps.  I really like the colors on that one, and it adds to my Topps Project.

I have one more series that I am for sure taking in, Lynchburg next weekend.  I have no idea how I am going to be able to stand the offseason, but I likely will be spending it reloading and relaxing in anticipation of the 2018 minor league season.
Posted by William Regenthal at 12:26 AM