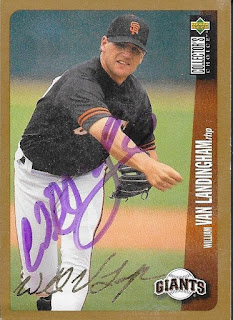 This is a TTM request that I held onto for quite a while, because I had the above 1996 Collectors Choice gold signature somewhere, but could not locate it.  Finally, I found the card in one of my boxes and sent the request out to William Van Landingham. 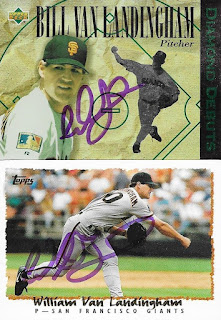 Van Landingham signed everything with a purple Sharpie, which turned out pretty nice.  It is a different choice, but I'm ok with it. 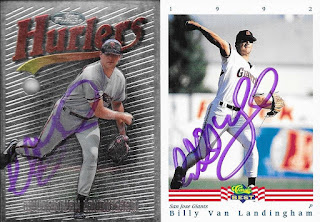 I had a bunch of his cards to choose from, which made it tough to narrow ir down to just a few to send out. 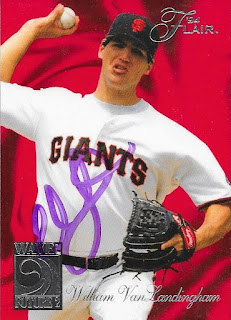 This 1994 Flair Wave of the Future might be the best looking one of them all, though.  I just think it looks really nice with the red background.

I mailed to Van Landingham on July 14 and got the cards back on August 10, for a 27-day TAT.
Posted by William Regenthal at 2:23 PM