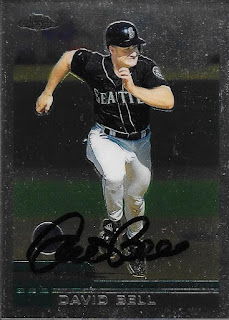 Here are some more recent cards that I was able to get signed TTM by David Bell.  The above 2000 Chrome looks much better in person, but these cards don't scan all that well.  Still, I like the card, and am glad I was able to get it back signed. 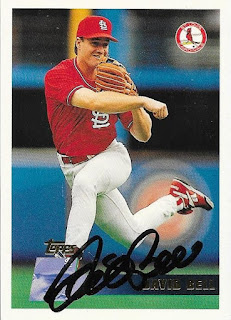 I was happier to see this 1996 Topps come in, though.  I didn't have many of these at all, and it shows when you look at my ledger of Topps cards that I have signed.  I need to find some bulk 1996 Topps and try to add a few to the album.  In the meantime, I will be glad that this one is here. 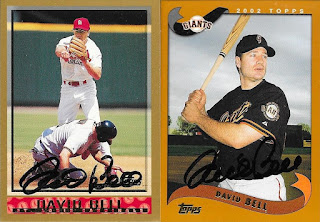