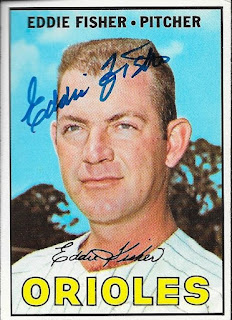 I got this TTM success from former Oriole Eddie Fisher complete with a card from the player, himself.  I must have said something in my letter to him that I was a huge Orioles fan, and he included this 1967 Topps of him as an Oriole.

This was really cool, because I have very few extra 1967 Topps as it is, and to add one of an Oriole, well, that was nice. 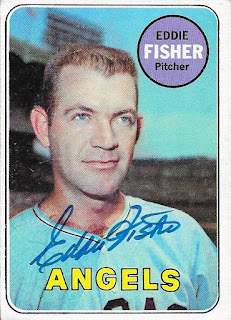 This 1969 Topps was the one I actually sent out, and it also came back signed.  I don't have many extras from this set, either, since I am currently working on completing the set.  The set has stalled out, but will get completed sometime soon.