2017 National Card Show - The Rest of the Free VIP Signers 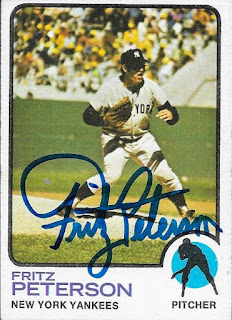 I'm really happy with the success I had at this year's National with the free VIP signers.  Last year, I gave up about halfway through the show since the lines were ridiculous.  This year, I did so much better, and even was pretty smart about getting some autos, instead of getting mentally defeated about it.

I had cards for every free baseball player, except for Ron Davis, but I was able to take care of that in line.  I used the free sessions to add some Topps cards to my ongoing project, like the above 1973 Topps Fritz Peterson.  He was really nice, like most of the free signers were this year. 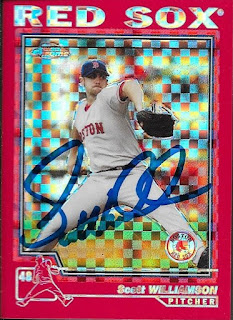 I picked up this Scott Williamson from COMC right before I left for the show.  Luckily, the package got here in time, and the card turned out really nice.  I was in line for Peterson when Max came up wanting to chat.  Williamson's line was pretty short, so he volunteered to go through that line while I was waiting for Peterson. 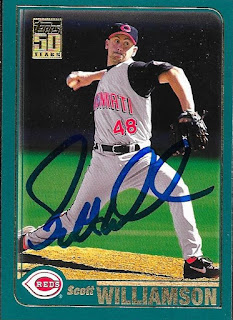 Max hooked me up by using the two VIP vouchers that I had.  The 2004 Topps Chrome red parallel is the better of the two cards, but adding another 2001 Topps to the album was nice, too. 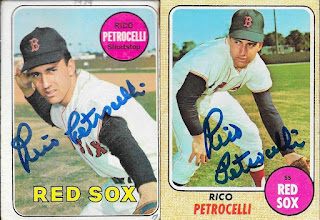 On Friday morning, Rico Petrocelli was signing right as VIPs were allowed in the show.  He was a free signer, and a voucher was not required for his signature.  Andrew and I got in early enough to where the line wasn't long at all.  Andrew had an extra VIP pass, so he was able to get the 1969 Topps (left) for me and a 1973 Topps signed for himself.  I had the 1968 in hand for quite a while since I had heard that Petrocelli would be signing.  He was very friendly and talked to the both of us.  The handler wasn't too happy letting Andrew get two cards signed, but let him with the two VIP passes.  I'm glad, because the 1969 is pretty beat p, and someone wrote on the back of the card, so I'm not sure what else I would have been able to do with it, short of leaving it in someone else's dime box had I not gotten it signed. 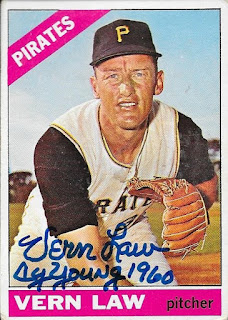 As much as I had wanted to get Vern Law signed in person, his line was taking way too long.  So,  I jumped over to Steve Trachsel's line so I could ensure that I would be able to use each voucher I had compiled for him.  Luckily, while I was in line for Trachsel, I was able to ask a lady who was in line for Law to take my voucher and card and get the card signed for me.  I have gotten him TTM, but since I had the 1966 Topps available, I figured I should go ahead and go for getting it signed. 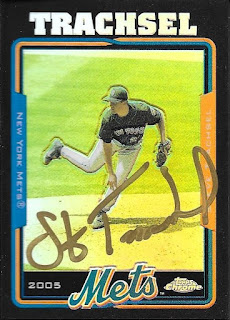 I'm actually glad I went through Trachsel's line.  I had picked up this 2005 Topps Chrome black refractor off of COMC, and while in line, I was torn as to how it should be signed.  I knew for certain that I wanted it to be the primary card I got from him, so when I reached the handler and turned in the voucher, he took the card and marveled at it himself.  I asked him what color he would get on it, and he said gold would look amazing.  I agreed, and the results are awesome.  I'm really glad I listened to the guy.  Even Trachsel held up the card and took a long look at it.  I like it when you have something that makes the autograph subject stop and take notice. 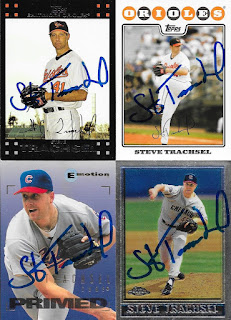 I made a joke with Trachsel about the 2007 Topps.  I asked him if they didn't pay him enough to get him to smile.  He laughed and said that he had rolled out of bed 15 minutes before and was told that it was baseball card photo day.  I told him how it reminded me about when I had my student ID made for UNCC and had to walk around with that terrible photo for 6.5 years.  He asked me "doctor?" to which I replied, "No, geologist."  He and I shared a laugh, and I thanked him for signing for me.  I also was able to go back through his line with two wild cards and get the Topps Emotion and 1998 Topps Chrome signed. 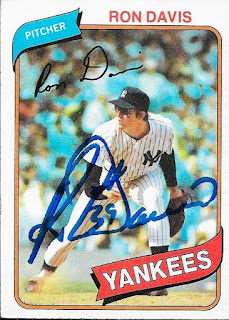 I kept ending up with free vouchers for Ron Davis, and kept selling and trading them away.  Finally, I got a stack of vouchers from Max, and went ahead through Davis's line, after bumming a card off of a nice lady who was in front of me in Steve Trout's line (below).  She handed me a nice 1967 Topps that she had duplicates of and I went ahead through Davis's line.  Except, when I was in line and had the card in my hand, another collector took notice and informed me that I had the wrong Ron Davis.  Luckily, he was nice enough to give me his extra, the above 1980 Topps.  Still, I knew there was a nice lady getting ready to go through his line with the wrong card as well, so I asked around to a couple other guys and picked up a 1983 Donruss of him for free.  Then, I saw the lady in the other autograph line, flagged her down and passed the correct card (and the wrong one she had given me) to her.  We met up afterward, where she thanked me for taking care of the issue.  I would tell her about the trade night that was scheduled for that evening and ended up seeing her and her boys there later on.  It worked out great for everyone. 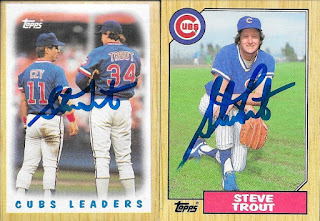 Steve Trout's line moved pretty quickly, once I got done with Ron Davis.  I got the two above 1987 Topps signed to push my total up for that set, but I did realize when I got home that Max had already given me a signed 1987 Topps (right) of Trout.  So, the one above will likely be in my next Instagram giveaway. 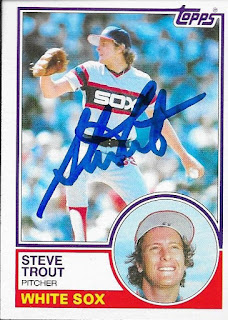 I had another 1987 Topps card that I traded to the lady in line for this 1983 Topps.  I used the three vouchers I had for Trout, and used up all of the cards I had for him. 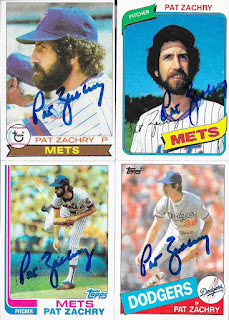 I used a voucher and some wild cards on Pat Zachry, so I could get most of the cards I had of him signed.  I had given someone a 1985 Fleer of him, but they ended up giving it back to me after deciding not to go through his line. 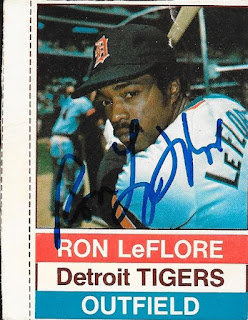 Ron LeFlore was the last signer that I got, so I made sure to use as many wild cards as I could on him.  That made it possible to get this Hostess card that I got from Max signed.  I have gotten a few of them signed, and it makes me happy to see them scattered throughout my albums.  They came from one of my first trades with Max, so I like being able to see them again. 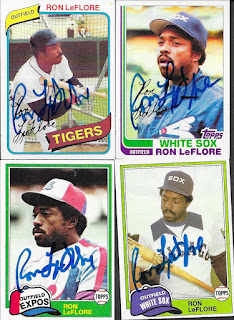 I used two vouchers to get the bottom two 1981 Topps LeFlores signed, and the VIP vouchers on the rest. 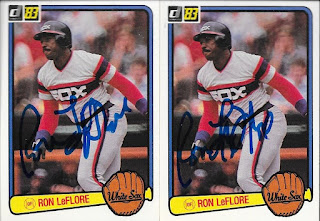 Since I knew I wouldn't be getting any other signers, I cashed out as many cards and wild cards as I could.  I ended up missing one 1981 Topps that had gotten put in the back of my snap case.  One of the extra 1983 Donruss cards will be part of my next Instagram giveaway as well.

Now that I am finally through the free signers, I can start getting into the actual pickups from the show.  I hope you all continue to stand by to see what I picked up.
Posted by William Regenthal at 6:04 PM