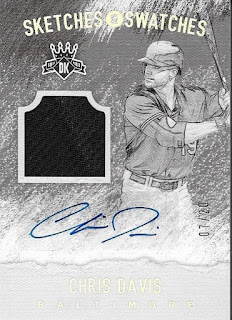 Well, this 2017 Panini Diamond Kings Chris Davis Sketches Swatches relic auto looks a lot better in person.  My scanner didn't pick up the foil name at the bottom of the card.  Kind of weird looking scan, really, but it is such a nice card.  I actually have three of these, the other two in my 'to be blogged' pile.  I'm now officially way behind on posting again, woo hoo. 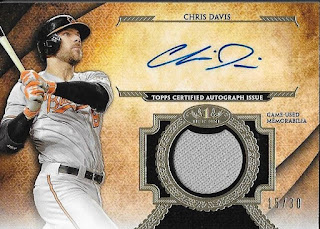 I picked up some nice Chris Davis cards at the National.  This 2017 Tier One relic auto numbered to 30 was a nice pickup. 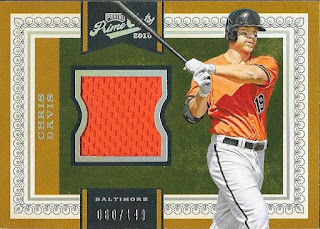 This Panini Prime Cuts was really cheap, as well.  It also scanned a lot better than the other Panini card. 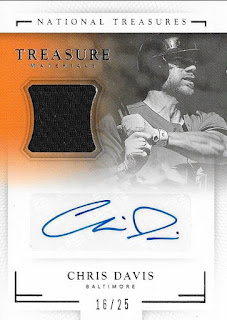 For unlicensed products, I do enjoy National Treasures.  This relic auto numbered to 25 was a nice, cheap pickup. 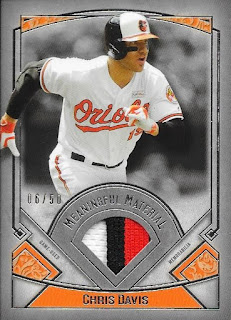 That was the good thing about being a Chris Davis fan at the show; I was able to pick all of these up, and not break the bank.

I think this was my third 2017 Museum Collection Davis that I was able to find.  I had scanned two others to be blogged, but I haven't gotten them posted yet.  I will, soon, though!
Posted by William Regenthal at 7:53 PM