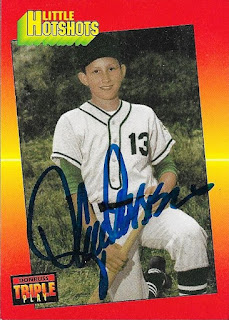 I finally got a TTM return from former catcher, Lance Parrish.  It took me over a year and a half, and two attempts, but I got some signed cards back.  I liked this 1992 Triple Play Little Hotshots card, as it was the first of these that I have added to my album. 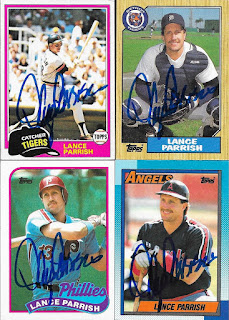 I also added some nice Topps cards, including another 1987 for the album.  I also was glad to get a 1989 Topps, as it was one of the first ever baseball cards that I had.

I originally mailed to Parrish on February 18, 2016, but never got those cards back.  I mailed to him again on June 10 of this year via the Erie SeaWolves, and got the cards back on August 4, for a 55-day TAT.
Posted by William Regenthal at 5:41 PM