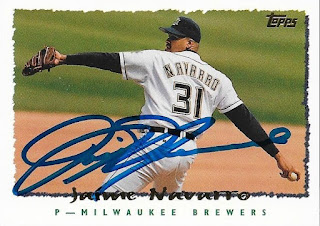 This TTM success from Jaime Navarro was a long time in the making and cost me a few stamps, but I finally got some cards back from him.

Originally, I had Navarro in my box, but was waiting to send to him once I had a confirmed success from the addresses I had seen.  When I mailed to him, I got a RTS, and let those cards sit in my box again.

I finally saw sme folks get returns from a new address, so I tried him again, and finally got the cards! 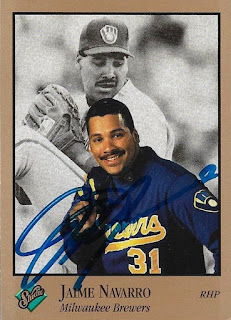 I had so many of his cards to send, but this 1992 Studio might be the nicest one.  I like the Studio design, and was glad to get this back and add it to my album. 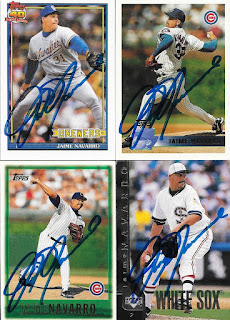