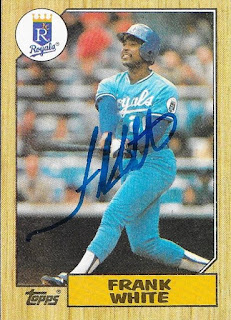 I was able to knock off two more 1987 Topps with this TTM success from Frank White.  I got him through PastPros, and was really happy with the results. 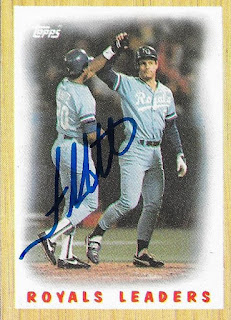 It'll be tough getting George Brett on this one, but it is possible.  I may have to drop some money on it, but it can be had.