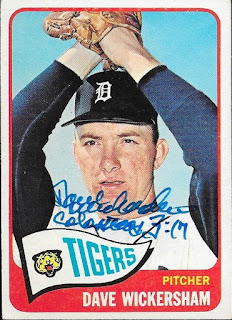 There are TTMs I have pending that contain some nice vintage cards.  I do have stuff out there that isn't for my 1987 set.  One such TTM success came in recently that had a couple nice 1960s cards.  I enjoyed picking up these Dave Wickersham cards from my LCS, and turning them around for a TTM request.  The above 1965 Topps looks really nice, I think. 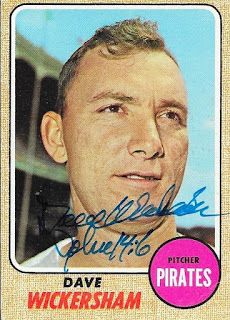 I mailed to Wickersham on March 12 and got the cards back on March 20, for an 8-day TAT.
Posted by William Regenthal at 10:37 PM