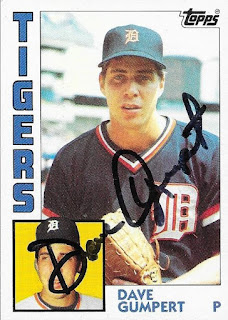 I'm trying to climb back into the land of the living over the last few days.  I'm feeling a little better, but still not out of the woods.  So, I hope this weekend can be spent getting back to normal health, and maybe get some cards cleaned up and put away.

I did start a new autograph album, my 8th, which is pretty cool.  I can probably fill it pretty fast with all of the TTMs I have laying around that need to be posted.  This one from Dave Gumpert won't fill too many spots in the pages, but its a start. 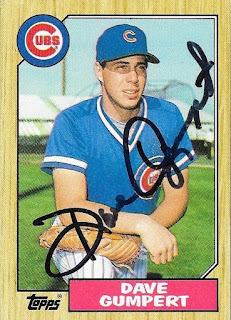 I mailed to Gumpert on March 5 and got the cards back on March 16, for an 11-dat TAT.
Posted by William Regenthal at 5:42 PM