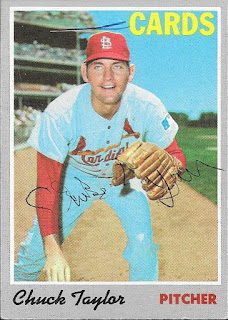 No, this isn't the guy who made some pretty cool shoes.  This TTM success is from the former pitcher, Chuck Taylor.  I had him sign a nice 1970 Topps and the below 1974 Topps. 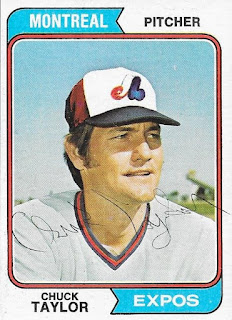 The 1974 sure looks airbrushed.  Still, it is a pretty cool card.  I have gotten to where I really enjoy the Expos logo.