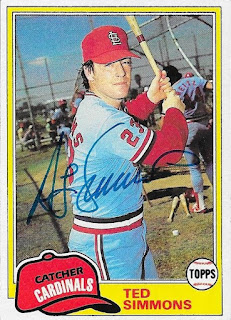 Another private signing that was going on the same time I got Maury Wills was for Ted Simmons.  He was someone I really wanted, especially on my 1987 Topps for my set.  Thankfully, I went ahead and sent to him and got two cards taken care of.  In addition to the 87, I really liked this 1981 Topps, so I went ahead and included it. 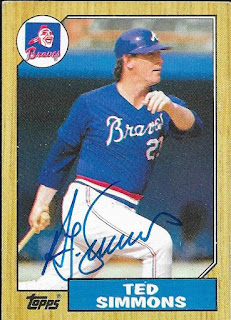 Simmons doesn't sign much TTM, so taking advantage of the private signing for the set was a must.  Plus, he is one of those players who had a great career that I was really looking forward to posting about on here.