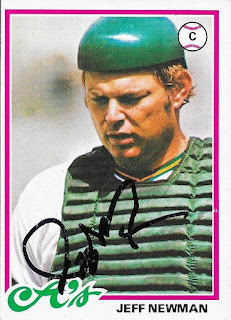 As I continue to fall behind in posts, due to the graphing season, and now being sick, I am going to try to get some posts done and scheduled before I give out and have to go to bed.

This TTM success from Jeff Newman was prety cool in that I liked the catchers gear shown on the 1978 Topps above.  The old chect protector just looks cool on that card for some reason. 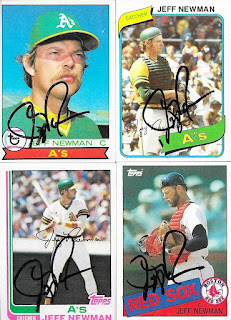 Newman looks a little like a younger version of my Uncle Joe in the top left 1979 Topps.  Another two catchers gear cards highlight the success with the 1980 and 1985 Topps.