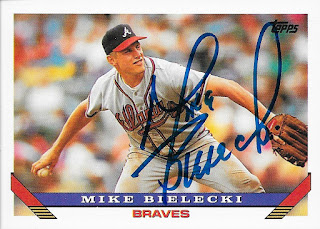 Here is a TTM success I received from former pitcher, Mike Bielecki.  I got some 80s and 90s cards done by him.  The above 1993 Topps turned out really nicely.  The card being a horizontal card really helped the signature. 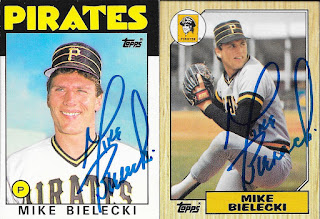 I mailed to Bielecki on January 11 and got the cards back on March 19, for a 67-day TAT.
Posted by William Regenthal at 5:39 PM