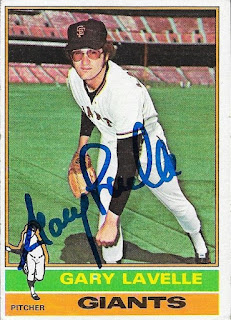 I received a nice TTM success of late 70s to early 80s cards from Gary Lavelle.  I had quite a bit to choose from for him, so I sent 6 cards.  Each came back signed in blue Sharpie.  The above 1976 Topps is pretty cool with the empty stadium shot behind him. 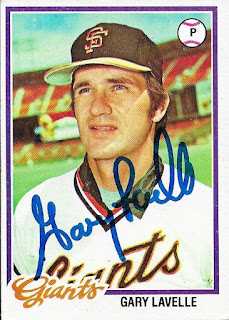 The backdrop for this 1978 Topps is an out of focus empty stadium.  He also is rocking a really nice retro Giants jersey. 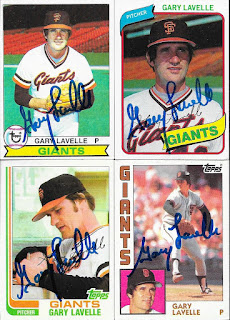 We see more retro Giants jerseys and two more empty stadiums on these cards.  It is kind of funny that he has the same backdrop in four of the six cards.  Maybe its just me.

I mailed to Lavelle on March 1 and got the cards back on March 12, for an 11-day TAT.
Posted by William Regenthal at 5:50 PM