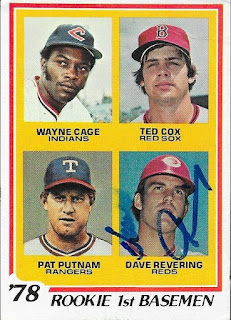 I had a whole bunch of cards of Dave Revering.  So many, that I sent 7 to him for TTM.  Lucky for me, I got all 7 cards back signed. 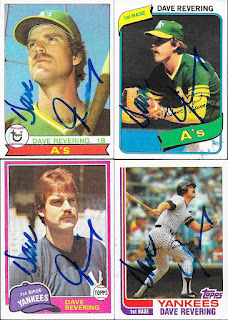 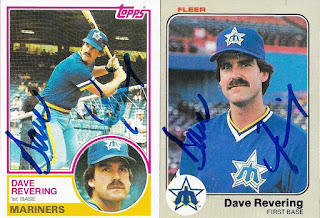 Normally, I probably would have left the 1983 Fleer (right) out, but I figured that I should go ahead and add it to my album, since I don't have many 1983 Fleer in there.  The design is very simplistic, and lends itself well to being signed.