I added a nice range of cards from the late 80s to early 2000s with this success from Jeff Reed.  This 1987 Donruss Opening Day turned out really nicely.  I like the different variations of the Donruss cards from this era, and I have been able to add a few to the album. 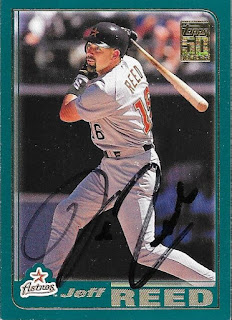 The auto on this 2001 Topps didn't stick too well, but I was still happy to be able to put one of the cards I got while visiting Andrew to use. 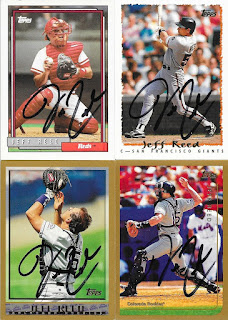