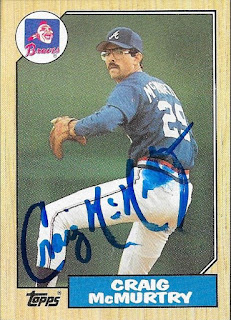 I added another signed 1987 Topps to my collection with this TTM success from former pitcher, Craig McMurtry.  The auto on the 87 smeared, but I'm still happy that I have the card. 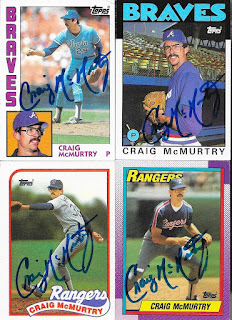 I mailed to McMurtry on August 7 and got the cards back on September 11 for a 35-day TAT.
Posted by William Regenthal at 11:30 PM