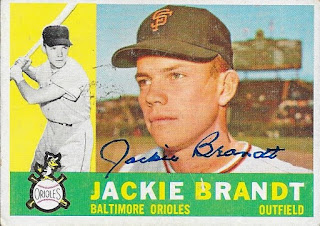 It has been a while since I added any 1960s cards to my album via TTM.  I finally got this return from former Oriole, Jackie Brandt, a few days ago after it had been out for a very long time.

His signature showed up really nicely on these cards, though, with the best one probably being the above 1960 Topps. 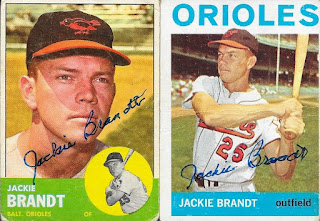