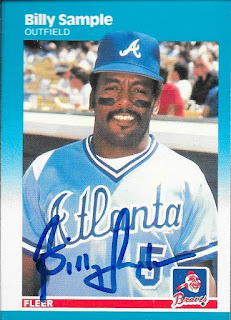 This was a nice TTM success from Billy Sample that I got in recently.  He even included a note that said "From one William to another...", which I thought was a cool touch.  I enjoyed seeing this 1987 Fleer come back signed, as these are nice cards and look great in blue Sharpie. 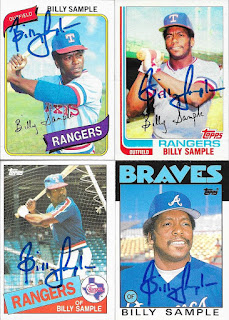 I added these Topps cards to the album as well.  I found that I will have to audit my Topps numbers at some point, though, because the 1986 is a Topps Traded and I can't remember if I counted it or not in my numbers.  It shouldn't be included in the tally for 1986, but that doesn't mean that I remembered to leave it out.  That'll give me something to do on a rainy day, I suppose. 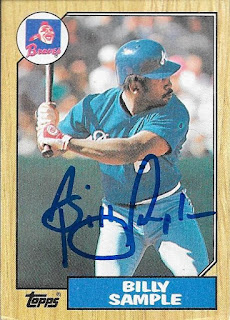 Regardless of the totals for other Topps sets, I know my 1987 count is accurate.  I have 70+ cards from that set signed, and have a few more out for signature.