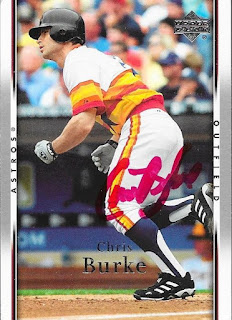 Check out this awesome Astros uniform on this 2007 Upper Deck that I received signed from Chris Burke.  This card really turned out nicely, even with the fat red marker that Burke used to sign.  It does kind of match up with the orange of the uniform, though.  Not complaining at all! 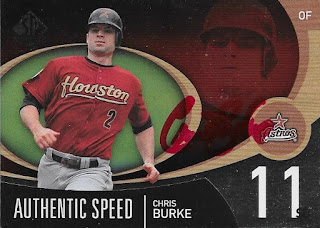 I was able to get this Authentic Speed card back, as well, but the signature blends in a little too much with the background of the card. 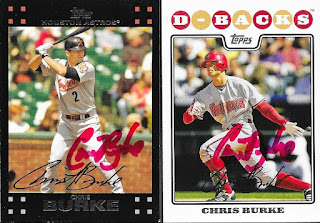 I also added two Topps products in these 2007 and 2008 cards.  They both turned out really nice.

I mailed to Burke on August 7 and got the cards back on September 14 (my birthday) for a 38-day TAT.
Posted by William Regenthal at 8:00 AM