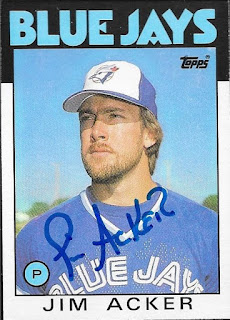 I have sent out a bunch of TTM requests to guys who played in the mid-80s so I can add some more 1987 Topps to the album.  I still haven't officially declared that I am doing the set, but I'm still pulling them in.

This success from Jim Acker got me quite a few mid-to-late 80s and early 90s cards for the album.  This 1986 Topps turned out really nice. 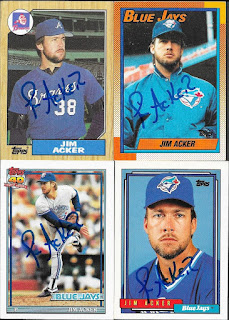 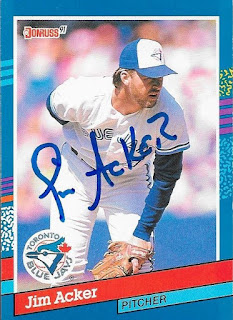 I mailed to Acker on September 11 and got the cards back on September 19, for an 8-day TAT.
Posted by William Regenthal at 6:28 PM