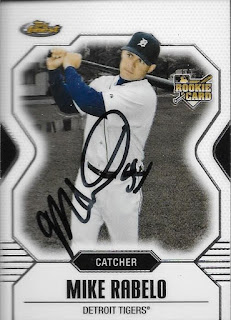 I always thought his name was Rabledo, but I was mistaken when I typed in his name to search whether Mike Rabelo signed TTM.  I mean, his name is right in front of me, but still, I thought he was Mike Rabledo.  Oh well.  I added this cool 2007 Finest to the album with this success.  I had found it at the LCS and figured it would be nice in my album. 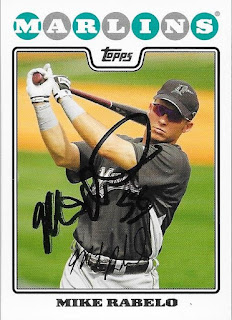 I also added this 2008 Topps to the album.  I remember a time when I didn't have any 2008 in there, but now, it isn't the set with the least representation.