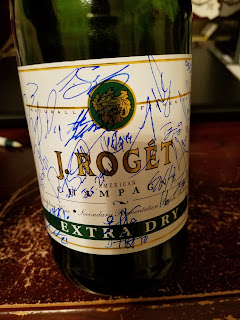 Well now.  I never thought I would have been able to say this, but the Down East Wood Ducks are Co-Champions of the Carolina League.  In their first season of existence.  Following an improbable run in August and September that they parlayed into a playoff spot, the impending hurricane strike shortened the Carolina League playoffs and forced them to name co-champions for the first time since 1999. 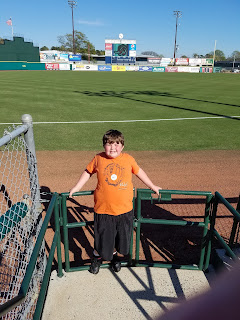 I waited since the end of the 2011 minor league season for a team to come back to Kinston, and Chris and I have been with this team from the start.  We went to the first ever team practice, and the meet the team event in March. 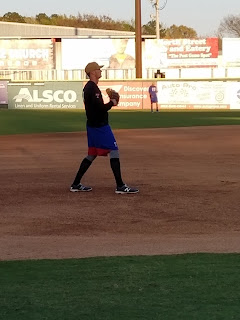 This was my first ever season graphing minor league games, and in doing so, I got 964 baseball cards signed throughout the season.  During that time, I enjoyed chatting with all of the Wood Ducks (and some on opposing teams) players. 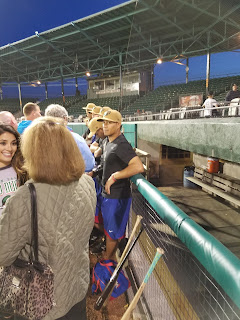 I remember thinking that the Wood Ducks would be pretty good this season, since I felt like the Rangers had a pretty good farm system.  Meeting the team in March helped us get to know some of them face to face, and we really worked hard in making them feel welcome here in Eastern NC. 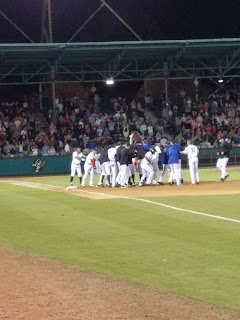 We tried to watch their first ever game, an exhibition against Mount Olive College, but it was rained out.  We had to settle for the home opener a week later. 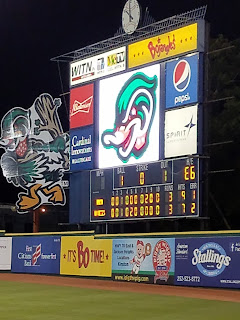 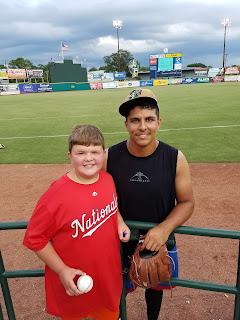 Chris formed friendships with a few of the players, such as Emerson Martinez, who got the win tonight in the game that clinched their share of the league title. 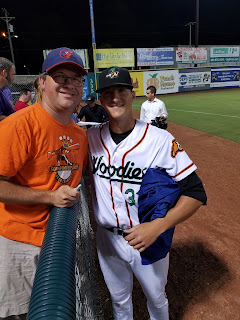 Brett Martin started the game and pitched 2 and 2/3 innings. 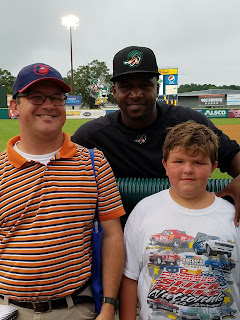 I believe we all had a great time this season.  I hate to see it come to a close, but to close it out with a share of the league championship is just amazing. 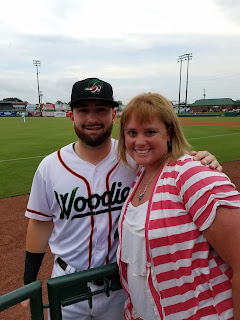 Even my wife enjoyed going to the games.  Sure, she thought a few of the players looked better than I do, but I'm not worried, she still comes home to me! 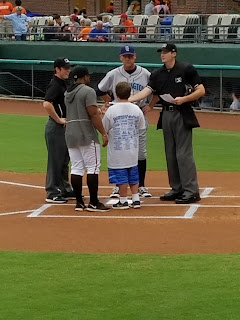 I think Chris got more out of this season than anyone, though.  He has forged life-long memories this season.  He was able to go out on the field twice this season.  All of the players recognize him, and are happy to see him when he says hello. 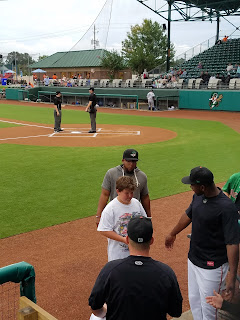 I'm so happy that they won a share of the title.  This has been such a cool season; I can't wait until April, so another season will start.
Posted by William Regenthal at 10:13 PM