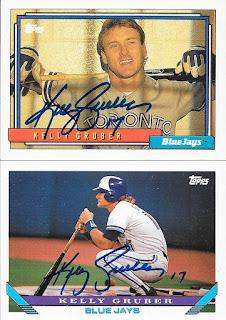 I waited a long time to send out this TTM request to Kelly Gruber.  Mainly, because I had seen that folks had been successful with him, but the successes had been over a year or more ago.  I figured I would mail to him as part of a bulk mailing, but always seemed to put his off.  I finally mailed to him, and surprisingly enough, it didn't take too terribly long for the cards to come back. 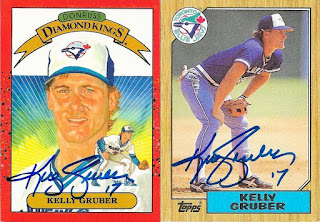 All of the cards I got back turned out pretty nicely, I think.  I was really happy with the above 1992 Topps and the 1990 Donruss Diamond Kings.