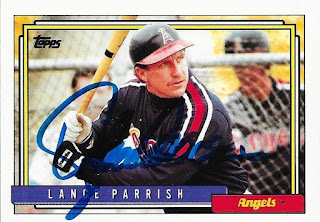 I actually received a TTM success from Lance Parrish last month.  However, he was one of the first former players I sent cards to back in February of last year.  Finally, these cards came in a couple weeks ago, long after I had considered them written off. 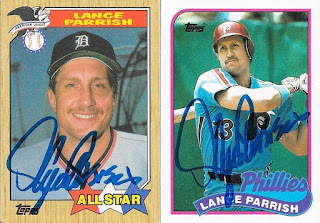 Since this was an early card TTM request, I sent multiples of the same card to Parrish.  I sent one 1989 Topps, three 1987 Topps All Stars and two 1992 Topps.  Parrish sent them all back signed, and I gave three of the cards to Chris.