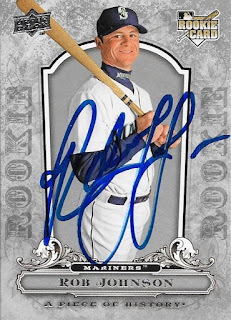 I got some late 2000s, early 2010s cards back signed from Rob Johnson with this TTM success.  I really liked the 2008 UD Piece of History that I was able to get signed.  I didn't have any of these in my album, yet, so I was glad to get one out of the way. 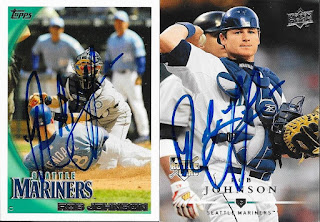 I mailed to Johnson on August 7 and got the cards back on September 9, for a 33-day TAT.
Posted by William Regenthal at 11:20 PM