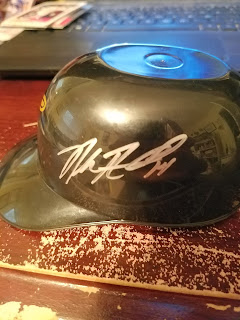 My birthday was fairly low key this year.  I didn't tell too many people that it was coming up, but a couple of my friends knew anyway and sent a few things along.  My good friend, Gerard, picked up a few things for me and sent them along with the last 50/50 batch for the season.

I didn't have a signed mini helmet yet of Nolan Reimold, but now I do.  I will put this in my display case with some of my other Nolan stuff. 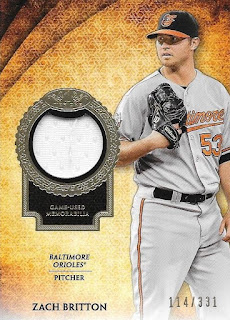 Gerard also sent this Zach Britton relic along, which I really like.  I haven't picked up much of Britton's stuff, so this was a nice item to add to the collection. 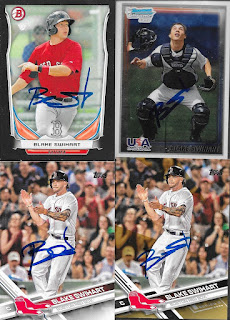 Gerard has been the person that I have leaned on the most for 50/50s this season.  He has sent me a ton of stuff to get signed, and I have sent him some cards for Pawtucket. 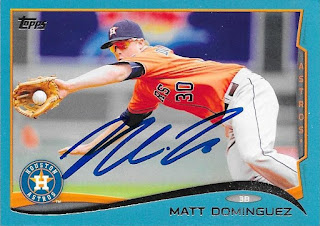 Gerard worked on these cards for the bulk of the season, and came away with some nice autos. 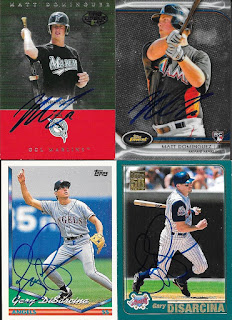 I need to find some more cards of Pawtucket guys so that he has more options.  I, obviously, will wait until the new year when rosters are set. 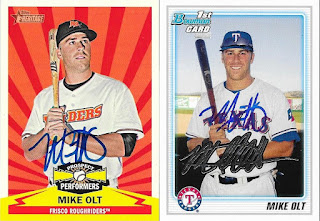 Gerard had asked me for Mike Olt cards a few times, so at the National, I picked up a few from the dime boxes.  I thought they were all going to be for him, but he sent two of them back to me signed. 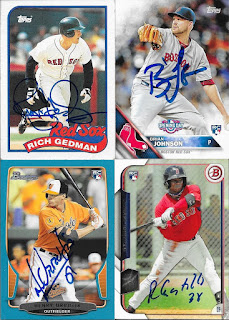 Finally, he hooked me up with these signed cards.  I liked the Castillo, since I wasn't sure he would be able to get one signed for me.  Luckily, Gerard came through, as always! 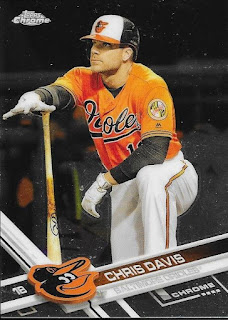 Thank you so much for the birthday package, Gerard!  I enjoyed it!
Posted by William Regenthal at 5:56 PM