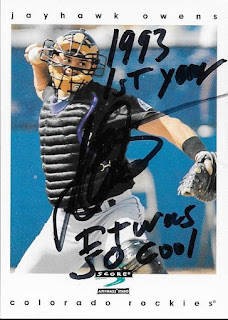 I got a TTM success after two tries from former catcher, Jayhawk Owens.  I mailed to him on May 21 and got the card back on June 6, for a 16-day TAT.