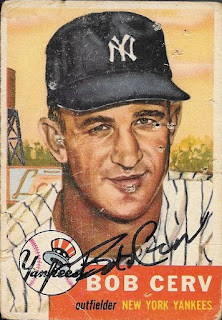 I added some more 1950s-era cards to my autograph binder when I got these cards in from Bob Cerv.  I originally mailed to him on April 20, but the cards were sent back, RTS.  However, a new address was printed on the envelope, so I tried again on May 6.  I got the cards back on May 16, for a 10-day TAT.  Cerv signs for $5/card.

This 1953 Topps card was really beat up, but I was happy to be able to re-use it for TTM purposes.  It turned out fine, and will look good in my binder. 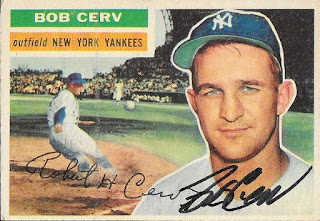 This 1956 Topps was in far better condition and looks really nice signed.  I like the 1956 set and will probably try to complete it sometime soon! 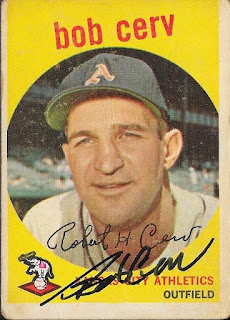 Finally, here is a lower grade 1959 Topps that I was able to have Cerv sign.  It is a pretty rough card, but turned out ok.