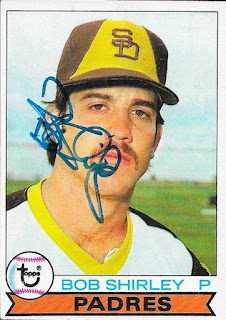 I was able to use some of the cards I picked up from the Columbia antique shop recently when I got a few of them back signed from Bob Shirley.  This 1979 Topps looks really cool with the old brown and yellow San Diego Padres hat.  Shirley's signature is kinda jumbled, but still is nice to have a success. 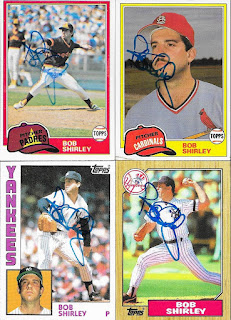 I was able to add another 1981 Topps and an 81 Topps Traded to the collection as well.  The 84 might look the best out of the bunch, since the compact auto fits nicely on the white area of the card.