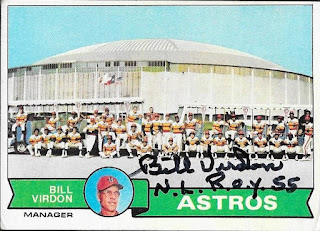 I got a really cool TTM success from former Rookie of the Year, Bill Virdon.  I saw this 1979 Topps Astros team card at my LCS and immediately wanted to try to get it signed.  I love that the Astrodome is in the background of the team photo.  The auto on the card turned out great, and Virdon included his NL ROY 55 inscription for me. 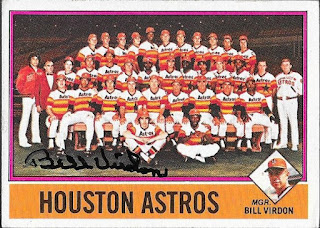 This 1976 Astros team card looks nice, but it pales in comparison to the other one.  I don't believe you can beat that background. 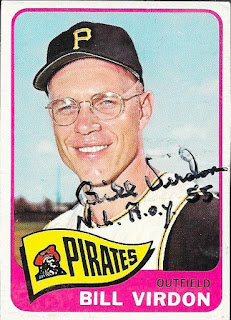 Finally, here is a really nice 1965 Topps that Virdon signed for me.  I only have two 1965 Topps cards signed, so I would like to find a few more subjects from that set to send out.  This is one of my favorite Topps sets; one of which I would love to complete at some point.